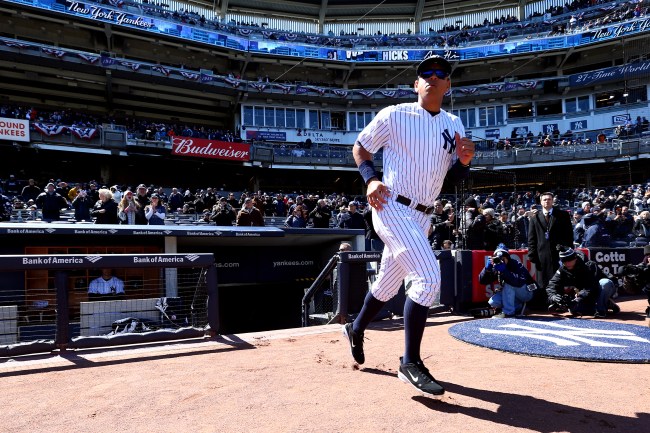 When it comes to career comebacks, there are few as comprehensive as the one pulled off by Alex Rodriguez in recent years.

A decade ago, the New York Yankees third basemen was arguably one of the most hated figures in not only baseball but American sports in general.

And with that perspective on what it’s like to rehab your image after being public enemy number one, Rodriguez — who was calling a Yankees spring training game against the Boston Red Sox — shared his opinion on the current state of the Astros* and explained why they deserve everything that’s happening to them.

“I think the one thing that really has upset the fans is you cheat, you win a Championship, there is no suspension and then there’s no remorse,” Rodriguez began.

“And the last one I think is probably the worst one, because people want to see remorse, they want a real, authentic apology, and they have not received that thus far.

And I can just tell you this — from a guy who has made as many mistakes as anybody on the biggest stage, I served the longest suspension in Major League Baseball history. It cost me well over $35 million. And you know what? I deserved that. And as a result, I came back, I owned it after acting like a buffoon for a long time, I had my apologies, and then I went dark. And I wanted my next move to be contrite but I also wanted to go out and play good baseball and change my narrative.

And the way you change your narrative is you have to be accountable — you’ve earned all this negative talk, you’ve earned whatever comes your way, including whether it’s being hit by a pitch or negative press — you have divorced yourself from having the ability to protect yourself.”

"I served the longest suspension in MLB history. It cost me well over $35M. And you know what? I deserved that."@AROD says the Astros deserve whatever comes their way after the lack of remorse they've shown. pic.twitter.com/AnezyIyhHa

While the Astros* players may have avoided the wrath of Major League Baseball, they certainly haven’t escaped the court of public opinion, as they team has been vehemently booed and heckled during spring training thus far. Needless to say, it’s going to be a looooooong season for the Astros* and their fans.

Editor’s Note: an * appears next to the word Astros* because they deserve a permanent asterisk.