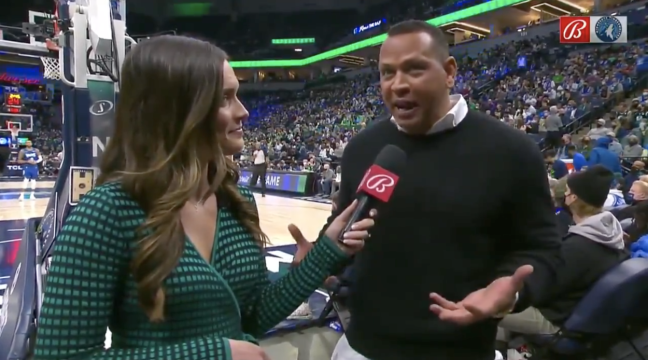 Back in April, former MLBer Alex Rodriguez purchased an ownership stake in the Minnesota Timberwolves. Minnesota fans, who overwhelmingly root for the Vikings, are not fans of Green Bay.

Rodriguez, who officially split from Jennifer Lopez around the same time that he purchased the basketball organization, has moved on pretty quickly. He was first considered to be with Southern Charm’s Madison LeCroy, then he was reportedly dating CBS reporter Melanie Collins.

On Saturday night, he was seen with a new date. Rodriguez and a woman by the name of Kathryn Padgett were shown together on Fox’s broadcast at the Green Bay Packers’ home playoff game against the 49ers.

The camera cut to the two of them in the crowd and the chatter immediately ensued. Internet sleuths went to figure out who she was, while others mocked Rodriguez for his dancing.

In Minnesota, however, the reaction was more so frustration. Why was Rodriguez, who owns a team in Vikings country, at a game in Green Bay wearing Packers gear?

For starters, the Packers hat was likely an add-on. Padgett took a photo of her outfit before the game and had on a black beanie.

For those who care, Alex Rodriguez was spotted at the Packers game with Kathryne Padgett. Not NFL sideline reporter Melanie Collins as some have earlier pointed out #CapitalJJournalism pic.twitter.com/eViDWyDDuo

It was very cold and Rodriguez probably didn’t have a hat. So he bought one at Lambeau Field, which meant that it would be for the Packers.

Even still, Minnesota fans were not thrilled.

After attending the NFL game together on Saturday night, Rodriguez and Padgett were sitting courtside at a T-Wolves game on Sunday night. 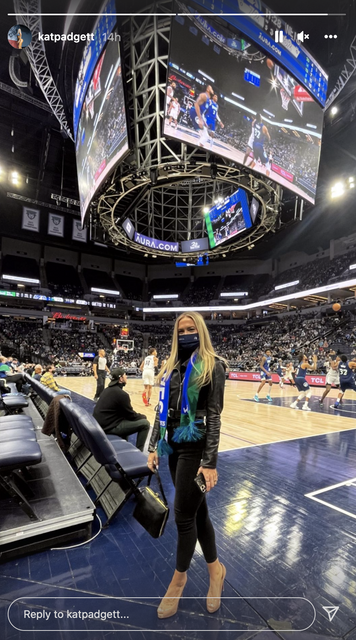 During the game, Bally Sports North stopped to chat with Rodriguez. He quickly went into PR mode.

The team’s sideline reporter asked Rodriguez how much fun he had at Lambeau Field. Rodriguez made it very clear that he is not a Packers fan and saved face at the end by saying that Vikings fans should be thrilled that the Packers lost.

Credit to A-Rod. He had his answer prepped and ready. When it was his moment to try and get Vikings fans back in his good graces, he took it and ran with it.