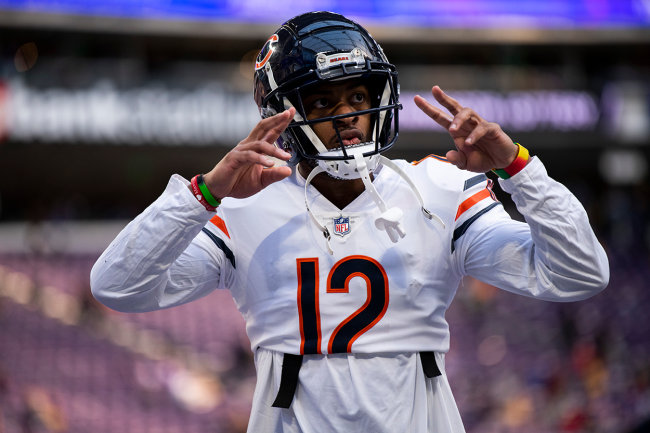 After winning the Super Bowl in February, the Los Angeles Rams only continued to build their roster in the offseason. They traded Robert Woods to the Titans and signed Allen Robinson to help boost their receiver room.

By signing with L.A., Robinson will be catching passes from Matthew Stafford. The 34-year-old is arguably, if not definitively, the best quarterback that the former Jaguars and Bears pass-catcher has played alongside.

However, they do not have a previously-established rapport. Robinson and Stafford have not played together and will not play catch until training camp.

In the meantime, the former is staying in close communication with the latter. During a recent appearance on NFL Network, Robinson provided a unique look at how he is building a relationship with his new quarterback. It involves constant communication.

“One thing that I’ve learned is as a receiver, you want to make sure you’re on the same page as the quarterback,” Robinson said. “So for me, it’s being in constant communication with Matthew about what he’s seeing. Even throughout the spring with him not throwing, as we’re running routes, I’m asking him about certain timing, what he’s seeing with my routes, am I taking too long here? A little too much at the top? Just making sure we have a great, cohesive relationship and we’re seeing things through the same set of eyes and I’m on his timing.”

Technology is pretty cool. It opens up a whole world of opportunity to communicate and work together without actually being on the field with one another.

Should Robinson and Stafford grow into one of the best duos in the NFL, we can point to Robinson’s diligence!