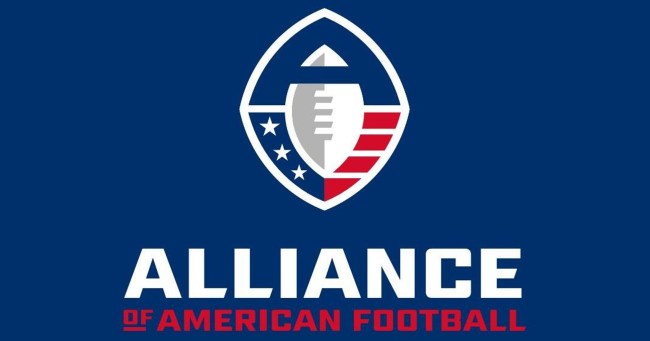 The Alliance of American Football (AAF) kicks off today, Saturday, February 9th. A player for the Birmingham Iron might not get a chance to play in his team’s first game on Sunday afternoon because he was arrested on Wednesday on soliciting prostitution charges. The brand new football league is off to a bang-up start.

Just days before the start of the Alliance of American Football season, one of their players was arrested. The AAF is definitely trying to become the next NFL. Lawrence Okoye, defensive tackle for the Birmingham Iron, is one of 13 men who were caught in a prostitution sting set up by the Shelby County Drug Enforcement Task Force. Commander Capt. Clay Hammac described “Operation Close Out” as an undercover reverse prostitution sting.

The prostitution sting in Alabama snagged the 27-year-old Okoye, who was a former NFL player according to AL.com. Okoye was released from the Shelby County Jail on Thursday after posting a $1,000 bond.

The 6-foot, 6-inch, 310-pound Okoye was signed by the San Francisco 49ers in 2013, but suffered a preseason injury, never played and was waived at the end of the season. Okoye was on the practice squads for the Arizona Cardinals, New York Jets, Dallas Cowboys, Chicago Bears, and the Miami Dolphins in 2017. Okoye played in the CFL in 2017 with the Montreal Alouettes. Okoye, who was born in Croydon, England, finished 12th in the discus in the 2012 Summer Olympics and holds the British record in the discus event. He played rugby as a winger for Whitgift School in 2010.

Is there a spot for Lawrence Okoye on the #49ers 53-man roster?

Besides the law and his employer, Lawrence might be most afraid of the repercussions from his wife Philippa Okoye, who he married in August 2014. It goes from bad to nightmare for Lawrence because his wife is a lawyer, who sued her former her former employer, deVere Group, for racial and sexual harassment in 2015, calling it real-life “Wolf of Wall Street den.” Coincidentally, Phillippa said she was harassed by her coworkers for them implying that he football-playing husband was cheating on her.

The Birmingham Iron start their season against the Memphis Express on Sunday at 4 pm, and it is unknown if Okoye will suiting up to play. “We have just been made aware of the incident. We are still in the process of gathering facts,” said Julie Nelson, the Iron’s director of team communications. On Friday, Iron head coach Tim Lewis commented on the arrest and said, “I’ve been made aware of the situation. We’re still in the process of gathering all the information with the league office.”

The AAF season officially starts on Saturday night with the San Diego Fleet taking on the San Antonio Commanders and the Atlanta Legends versus Orlando Apollos in 8 pm games that will be broadcast on CBS. The AAF doesn’t have kickoffs and extra points, teams start each drive at the 25-yard line. There are no two-point conversions and no onside kicks, if teams want to get the ball back they can attempt a 4th-and-12 play from its own 28-yard-line. If they convert they keep the ball, but these plays are only available if the team is behind by 17 points or more in the final five minutes of the game. There are no television timeouts and there will be a 35-second play clock.

All this poor guy wanted to do was blow off some… steam before the big game. Who among us hasn’t? To be fair, this is a nothingburger compared to some of the crimes NFL players commit. This might not be the publicity that the AAF was hoping for, but it is publicity never-the-less and it might get people watching even more now.