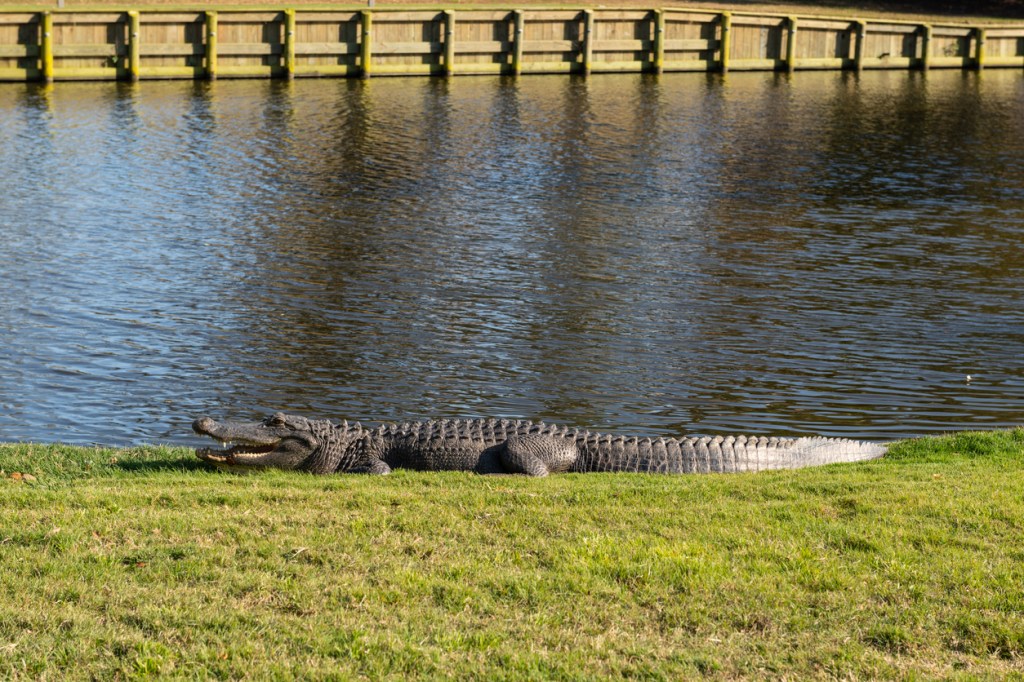 A golfer on the East Coast of Florida watched on despondently as an alligator walked away with his golf ball in its mouth. The real ones out there will never forget how Chubbs lost his hand to the one-eyed alligator in Happy Gilmore, an incident that derailed his golf career forever but inevitably led him to the path of meeting Happy.

Thankfully for his hand and golf fame, the man showed more restraint than Chubbs. Instead of trying to get the ball back and forcibly removing the alligator’s eye, the golfer took out his camera.

Here we have footage of the alligator power walking away from the encounter with his mouth half-open. It’s almost like pouring salt in the wounds that he wouldn’t close his mouth because the golfer has to watch on as the gator leaves.

According to Fox 35 Orlando, this tense alligator encounter took place at the Plantation Bay Golf and Country Club in Ormond Beach, Florida. For anyone out there who isn’t up to date on Florida’s geography, that’s just a bit north of Daytona Beach and south of St. Augustine.

Can we get a ruling on this?

In the video, you can hear one of the golfers joking that they should chase the alligator up to the hole and spook it into dropping the ball in the cup. I’m not a rules expert and have no idea what the ruling there would be but I’m pretty curious if that would count as an ace (1) on the hole?

Assuming the alligator picked up the ball after the drive and only one shot was in play, what would happen if the wild animal advanced the ball into the hole? If we’ve got any rules experts out there I’d be curious how this would look on the scorecard.

What it looks like to be eaten by an alligator…

If you’ve ever wondered what it looks like to be eaten by an alligator, wonder no longer. This video below surfaced last month. It shows an alligator swallowing a GoPro so we get a look at what it’s like inside the mouth of a gator.

If you’ve ever wanted to see the inside of an alligator’s mouth then watch the video. Don’t go chasing gators in the wild and end up in some ‘Florida Man’ headline…