Amari Cooper Claims To Be The NFL’s Best Wide Receiver, But That Simply Isn’t True 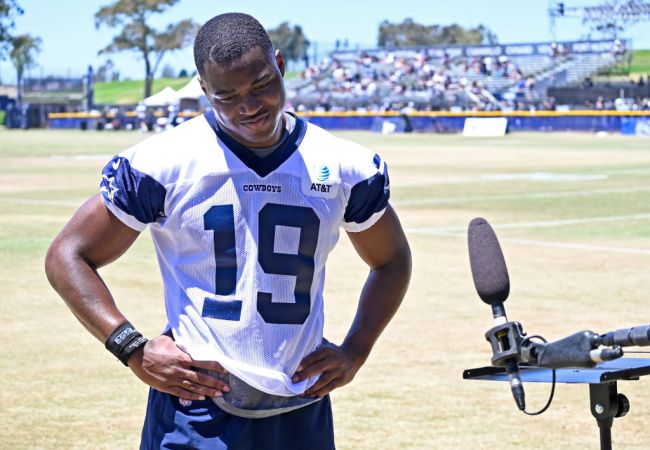 Dallas Cowboys wide receiver Amari Cooper is undeniably one of the more talented wide receivers in the NFL. However, he made a bold claim on Tuesday night and called himself the single best wide receiver in the league.

While he qualified the statement by saying he hasn’t proven his belief to be true, to say that with all sincerity is ludicrous. Here is what he said verbatim:

“There’s a difference between thinking you’re the best and actually going out there and proving it,” Cooper said. “Do I think I’m the best? Yes. Have I proven it? I wouldn’t say I have.”

Cooper is clearly trying to instill confidence on himself and the fans with that statement. It’s not uncommon to make such a generic declaration and the former first round pick is coming off of one of the best seasons of his career in 2020— and he did so with four different Cowboys quarterbacks.

There is only one problem with what he said. It simply isn’t true. Look at the numbers.

Here are his stats by year:

Those numbers are impressive, but they are not the league’s best. Plain and simple.