Will It Be Anderson ‘The Legend’ Or Silva ‘The Gatekeeper’ Who Shows Up At UFC 237? 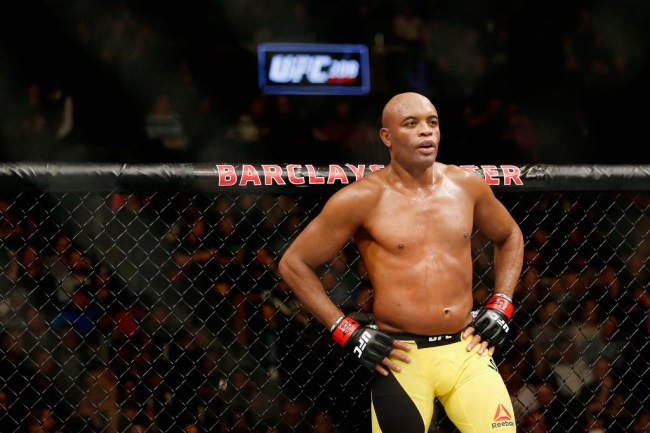 For those who follow the fight game, it’s no surprise to hear hyperbole tossed around like an unsuspecting ragdoll. Pundits and fans alike hurl undeserved praise on fighters as a sort of promotional vehicle to sell fights and justify opinions, so it’s fair to be weary of the self-proclaimed experts and barkers.

But then there’s skepticism, which actually runs equally high in the fight game, balancing out the embellishment. Uppers, downers, facts, and fiction, there is one thing that everyone in the game agrees on, however: there’s never been a fighter quite like Anderson Silva. Never.

Whether you’re a proud diehard who’s been following the UFC since its dark ages, or a casual who catches the occasional fight card at a local bar, everyone knows bits and pieces of the legend of Anderson “The Spider” Silva. He once sent Vitor Belfort crumbling to the canvas with a Steven Seagal-inspired front kick straight to the face, and he embarrassed a sauced up Forrest Griffin into a figurative plea of no mas. He threw up a hail-mary fifth-round triangle to choke the breath out of MMA’s biggest shit talker, Chael Sonnen, and consumed the English with fireballs from his eyes and bolts of lightning from his ass.

Well, maybe not that last one, but he sure did dish out one mean flying knee to Michael Bisping in London.

Like Conor McGregor and Ronda Rousey, Anderson Silva is one of the few MMA fighters who crossed over from the UFC Octagon into the mainstream milieu, thrashing his way into public consciousness with some of the most brutal knees and mind boggling movements known to humankind. But Silva did it first, and Silva did it best, and he’s fighting this Saturday, May 11, taking on tenth-ranked middleweight Jared Cannonier on the UFC 237 Pay Per View card on ESPN+.

Reminiscing about Silva’s legacy is not to ignore the trainwreck that has been the last six years of his career. For every action, there’s an equal and opposite reaction, and where he once goaded opponents with physical taunts, luring them into striking range, Anderson Silva paid the ultimate price, losing his middleweight title–the middleweight title he defended 10 times during a UFC record 16-fight win streak–to Chris Weidman after attempting to clown the “All-American” at UFC 162. And much like he rearranged Rich Franklin’s face with knees in the clinch, it was Silva who suffered a grotesque disfiguring, snapping his tibia in two in late 2013 with millions watching on Pay Per View.

Then there were the dick pills.

Long before Jon Jones popularized the sexual enhancement nomenclature in the MMA vernacular, it was Anderson Silva who offered such a defense before the Nevada Athletic Commission, claiming it was an off-brand Cialis that led to a failed drug test following a bout with Nick Diaz. Priapism defense aside, it took one enormous set of nads, and a raging mega huge boner in tow, to save UFC 200 the way he did, because only Anderson Silva would come off the couch seven weeks after gallbladder surgery to fight Daniel Cormier on 24 hours notice.

Seriously, only “The Spider” could accomplish such a massive and heroic feat with such ease and nonchalance that his loss to Cormier at the UFC’s bicentennial event was not only pardoned, but also embraced by the 20,000 fans who exploded with raucous cheers when Silva landed a thumping kick to the midsection.

It makes no difference that Anderson hasn’t had a decisive victory since October 2012 (review the tape knuckleheads, Derek Brunson beat him at UFC 208, no matter what the judges said). Any time Silva competes, it’s a special moment for fight fans, new or old, because he’s a street walking spider with a heart full of napalm. And even though he comes off as a charming and endearing sweetheart, Silva’s looking to throw hands at his opponent this Saturday. He’ll probably look to throw a bit of everything to be honest because Cannonier’s known to walk straight into the fire, taking a few hits along the way to land a flurry, and Silva will need his entire arsenal down in Rio De Janeiro.

Fighting in his native Brazil has always been special to Anderson Silva. It’s something he’s spoken about many times, and it just so happens that Rio is the last place that Silva really looked like himself, way back in late 2012, when displayed some dynamic heroics and dizzying head movement to mystify, and then finish, Stephan Bonnar. It was there, in same room he’ll fight in on Saturday night, that we last saw Silva the way most of us will always remember him, doing extraordinary things that even many of the most talented athletes on earth can barely conceptualize, let alone execute.

Now the questions remains, will we see that Anderson Silva at UFC 237, or will his career continue to hemorrhage, bleeding out into the downward spiral toward gatekeeper status?