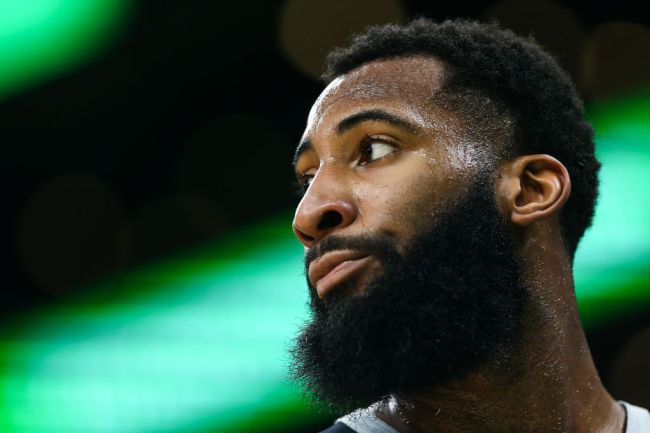 Andre Drummond wasted no time jumping into the water to save his two-year-old son from drowning. The Philadelphia 76ers big man shared a video on Thursday from the ring camera on his back porch that showed the scary moment.

The video shows his son, Deon, sitting on the ledge of the pool before thrusting himself into the water. You can very clearly see the moment when he thought to himself “let me see what this water is hitting for” before diving in.

As the other people around the pool screamed in panic, 6-foot-10, 280-pound Drummond came flying in from out of frame to hop in the water fully-clothed and grab his son.

No one was harmed in this video pic.twitter.com/POumiU9HGk

Here’s the thing. What Drummond did was a great feat. He saved his son from drowning and sacrificed, at least, the watch on his right hand and the clothes on his body to do so.

He was a hero in his own home and was kind enough to let us into the moment. However, to self-proclaim yourself a hero on the internet is bold. Any dad would dive into the pool for their son. Either way, Drummond saved the day and kept his son afloat like a great father would.

It really goes to show that it could happen to anyone and serves as a great lesson in pool safety.