Andre Iguodala Refused To Play For The Grizzlies, But Says ‘I Love Those Guys’ While Also Praising Ja Morant’s Game 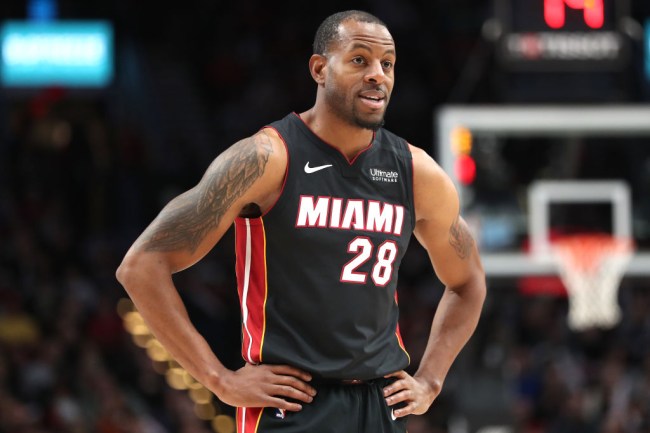 The Andre Iguodala  – Memphis Grizzlies situation was quite a strange one. The Warriors traded Iguodala and a protected first-round pick to Memphis as part of a sign-and-trade deal that brought D’Angelo Russell to Golden State. The thing is, Iguodala never suited up for the Grizz, not once.

Iguodala and Memphis put together an ‘arrangement’ where he could work out at the location of his choosing while Memphis looked for a team to trade him to. Simply put, Iguodala absolutely refused to play for the Grizzlies despite the fact they’ve surprised everyone this season as a team currently sitting in a playoff spot.

Last week, just before the Grizzles dealt Iguodala to Miami, Dillon Brooks and Ja Morant essentially called him out for not wanting to play alongside them.

This started some beef all over Twitter and Instagram between Morant, Curry and other players around the league.

The whole situation is pretty fascinating, but perhaps the biggest head-scratching moment came after the veteran was finally traded after all of the drama.

He told the media that he loves all of the guys in Memphis and said Morant is Rookie of The Year, which raises the question of why he didn’t want to play alongside him.

“I love all those guys, I’ve been watching them play. Dillon has been playing really well this year. And Ja is Rookie of the Year. Been watching him. Phenomenal talent. I think I saw a poll say, ‘Who would you start a team, a franchise with if you had to pick a point guard?’ And I would have voted for him as well.”

Andre Iguodala had nothing negative to say about the Memphis Grizzlies players who called him out through the media.

"Save your money young fella. Take care of your chicken and your mentals." 🐓🧠 pic.twitter.com/tCE81xMRtA

The situation with the Grizzlies and Iguodala is officially in the past now, but even with this closing moment with Iggy talking with the media about his love for a team he never played for, it stayed weird.