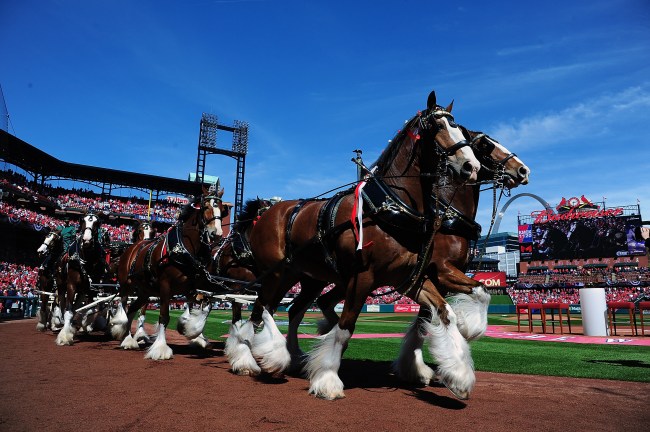 Anheuser Busch (BUD) has introduced an incentive laden sponsorship model, for both teams and leagues, that rewards performance on and off the field (think: playoff appearances, rising attendance, growing TV ratings and increased social awareness). The template for A-B’s new deals include base compensation and a series of metrics (team/league specific) that if met, would trigger a larger investment from the company. VP of Consumer Connections Joao Chueiri said, as “leaders in the industry” it was the company’s responsibility to revamp “legacy (sponsorship) models that were created on consumer behavior that is no longer there.” It is believed that Anheuser Busch is the first “major sponsor” within the sports world to implement a performance based model.

Fan Marino: BUD has league sponsorship deals in place with the NFL, NBA and MLB, and maintains dozens of individual team partnerships but, the New Orleans Saints, Los Angeles Dodgers, Minnesota Timberwolves and NASCAR, are the first 4 sports rights holders to work with A-B under the new performance-based model. Expect the off-field portion of these deals to cause problems at some point. If Papa John’s had this type of clause in their contract with the NFL during the 2017 season, one must believe they would have invoked their right to withhold financial “rewards”; a decision that would have pressured the league to restrict players’ rights to protest. Had that occurred, it’s not unreasonable to think that some players would have refused to take the field.

ESPN+ to Debut April 12, Include “Hundreds” of MLB, NHL and MLS Games

Howie Long-Short: On Sunday, ESPN opened its new NYC home, a 21,000 SF facility called ESPN Seaport District Studios. The network’s new morning show “Get Up!” (hosted by Mike Greenberg, Michelle Beadle and Jalen Rose) debuted from Pier 17 on Monday morning at 7a EST. Among the site’s (at the foot of the Brooklyn Bridge) unique features is a 100,000 SF event deck (controlled by the Howard Hughes Corporation, HHC) to be used for concerts and an outdoor skating rink. The Seaport District Studios are just a small piece of the $5.96 billion (market cap) HHC conglomerate though, as the company develops and operates MPC’s (Master Planned Communities) and mixed-use properties across 14 states. FY17 was a successful one for HHC. The company increased land sales at MPCs for a 3rd consecutive year, reported its highest year of NOI (+13% to $157 million) from operating assets, placed 4 new properties into operation (from its development pipeline) and commenced on 5 others that will add $28.2 million in recurring NOI upon stabilization. Shares are up 11% (to $137.44) since we last wrote about the Seaport District Studio project in October.

Fan Marino: I fail to see who this service appeals to. Sports fans have favorite teams and watch their teams’ games, gamblers pay for services (think: NBA League Pass, NFL Season Ticket) that provide them with access to all the action and anyone willing to cut the cord (and drop ESPN), isn’t adding a package meant to be complimentary. That’s not to say there isn’t an end game here for ESPN, it’s just several years out. DIS is buying 22 21st Century Fox (FOXA) RSNs with the intention of adding 5,500 local broadcasts to ESPN+ (as existing the broadcast deals expire). When a fan in St. Louis can get all the Cardinals and Blues games for $4.99/mo., fans in St. Louis will subscribe to ESPN+.

Oh, and touting “thousands” of college sporting events is a bit misleading, as there won’t be any P5 football or basketball included. ESPN won’t be simulcasting its most watched content on the linear network to prevent the cannibalization of its cable subscription base.