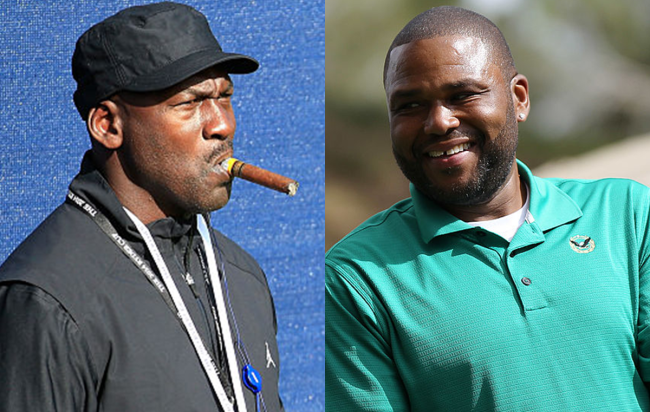 We didn’t really need more evidence that Michael Jordan is one of the most ruthlessly competitive people to ever walk the planet prior to the release of The Last Dance, but the ten-part documentary series still managed to provide even more proof that the NBA legend is always looking for something to gamble on in the same way Frank was constantly on the hunt for some action in the It’s Always Sunny episode where the members of The Gang find themselves coaching youth basketball.

Michael Jordan is at the center of an impressive amount of stories that highlight the thirst for winning and affinity for talking shit that has defined his life both on and off of the basketball court, and it’s no secret that he handles losing about as well as the kids who yanked their controller out of an N64 while trailing in the closing seconds of a Mario Kart race out of spite.

A lot of those anecdotes have their origins on the golf courses where Jordan has wagered more money on a single hole than some people will ever make in their lifetime, but during a recent chat with Conan O’Brien, Anthony Anderson recounted another competition that unfolded after he and Jordan met for the first time in the Bahamas, where the actor had packed a Jumpman-branded set of dominos that caught the eye of His Airness.

Uproxx transcribed the series of events that unfolded after Anderson claimed he was the “Michael Jordan of dominos,” which obviously led to Jordan challenging him to prove it before turning to the actor’s wife and telling her, “Sweetheart, I suggest you go to the bank and take out as much money as you can, because after I whip his ass, he will not be able to provide for you and your children.”

However, that was just the beginning, as things only escalated once they sat down to play:

I am talking so much trash that, before I domino, I say, ‘Oh my God, I wish me and my wife could go upstairs and make another baby right now because we would name him or her MJ just so we could relive this moment right now, and when my baby got older, she would say, ‘Daddy, why did you name me MJ’ and that’s when I’d relive the moment when I just whipped your ass. DOMINO, MOTHERFUCKER.”

While the two men still had three days left on the island together, Anderson says that Jordan was so pissed that he refused to talk to him aside from telling him to get out of the frame any time he was in a group photo being taken for the event that had brought them there in the first place.

M.J. eventually got over himself, and while he was similarly pissed when he spotted Anderson ten strokes during a round of golf and found himself at the losing end yet again, the two are apparently still friends to this day.