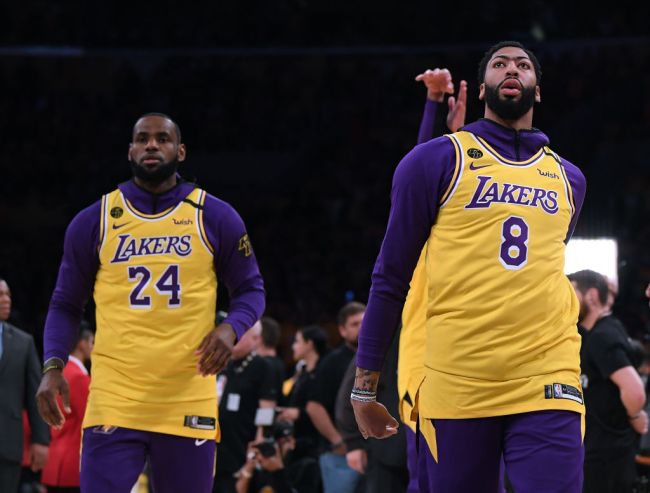 The Los Angeles Lakers have officially been eliminated from the NBA Playoff race.

After a 121-110 loss to the Suns on Tuesday, the team fell to 17 games below .500. The loss, combined with a win from the Spurs, effectively ended the Lakers’ postseason hopes.

At 31-48, it looks as though Los Angeles will be bound to the 11th place spot in the Western Conference, meaning even a play-in opportunity is out of reach. This, after entering the season as the favorites to land an NBA championship.

With the season all but over, a few Laker players took to the podium to talk about the disappointing year.

One of those Lakers was star forward Anthony Davis, who’s missed most of the season with an injury. While he was able to return to the floor for the final few regular season contests, his absence stunted the production that the team had on the court.

And Davis wasn’t the only one that was hurt throughout the year.

LeBron James was sidelined at times, too, including during this final run with the Lakers facing elimination. James was not available in last night’s loss to the Suns.

With the plethora of injuries that Los Angeles was dealt, Davis had one comment to make after missing out on the playoffs.

AD spoke after being eliminated from playoff contention pic.twitter.com/cuWKBTh6Fd

“We had more starting lineups than wins,” Davis quipped following the latest loss.

It was certainly frustrating to see star talent on the sidelines for a healthy chunk of the season. The Lakers now sit at a crossroads.

They’ve already made a decision to move on from head coach Frank Vogel. Will they dump some of the veterans from the roster in place of young talent, or will the team try to run it back with new leadership?

It should be an interesting offseason in Los Angeles.