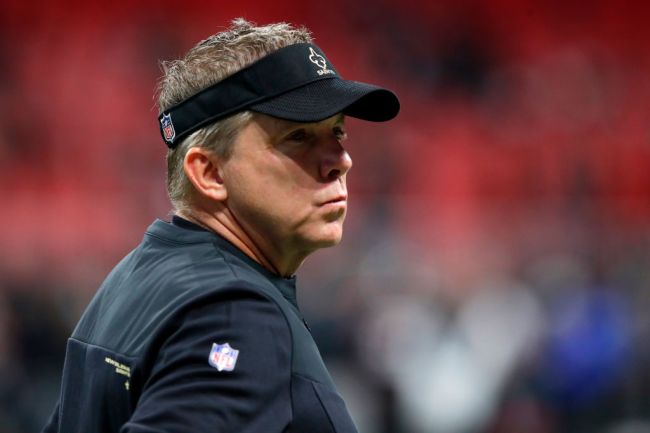 From the moment it was revealed that Sean Payton would be leaving the New Orleans Saints, fans began speculating about the possibility of him taking over as the head coach of the Dallas Cowboys. It’s unlikely to become reality, but it’s not the first time we’ve heard this speculation about Payton.

Back in January of 2019, there were rumors that Sean Payton was going to replace Jason Garrett in Dallas, but nothing ever came of it. Garrett remained as the head coach of the Cowboys for another season before being replaced by Mike McCarthy.

It turns out, Sean Payton as the head coach of the Dallas Cowboys was a lot closer to becoming a reality than we realized. According to Mike Florio’s new book, a deal was already done to send Payton to Dallas, but the move never panned out for a surprising reason… the Anthony Davis trade.

From Playmakers, a look at how close Sean Payton came to becoming the Cowboys coach in 2019 — and how Anthony Davis (yes, Anthony Davis) kept it from happening. https://t.co/4WdWFdgR6g

Here’s the story of how the deal fell apart:

The year was 2019. The month, January. The Cowboys had won 10 of 16 games, along with a wild-card contest against the Seahawks. They lost to the Rams in the divisional round, 30-22. Cowboys owner Jerry Jones contemplated an upgrade from coach Jason Garrett to Sean Payton. Jones wanted to pull the trigger. Payton did, too.

Things unfolded quickly. The Saints had played in the NFC Championship, losing to the Rams on January 20. That week, Jones quietly made his move.

It was a delicate situation, for various reasons. First, the Cowboys had a coach. Jones wouldn’t have fired Garrett unless he knew he could have gotten Payton. Second, league rules (specifically, the Rooney Rule) require a diverse and inclusive search. Third, Jones had to ultimately know that, after going through the motions of a search, he’d be able to get Payton.

So a deal was worked out, behind the scenes. The Saints would have allowed the Cowboys to hire Payton. The Cowboys would have compensated the Saints for the rights to Payton’s contract. And Payton would have signed a new contract with the Cowboys.

It was ready to go. It was happening. It was locked, and it was loaded. Then came Monday, January 28. On that day, New Orleans Pelicans forward Anthony Davis announced he would not sign another contract with the team, and he requested a trade. (In July, the Pelicans traded him to the Lakers.)

Gayle Benson owns both the Pelicans and the Saints. Saints G.M. Mickey Loomis was, as of January 2019, the executive vice president of basketball operations with the Pelicans. Once Davis made clear his intention to leave New Orleans, Loomis told Payton that Loomis couldn’t be the common thread between a pair of such high-profile Louisiana departures.

We all knew the massive impact that the Anthony Davis trade had on the NBA, but it’s pretty wild to hear the impact it had on the NFL. We could have seen a very different NFL the last few years if Sean Payton had gone to Dallas.