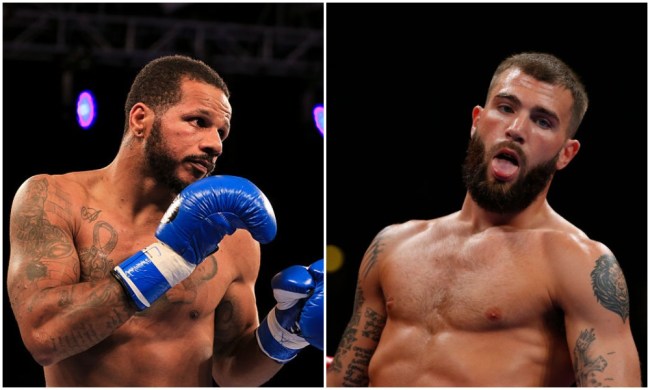 Harold Varner III and George Savaricas were joined by two-time WBC super-middleweight champion Anthony Dirrell on the latest episode of the Rippin’ It podcast. While the trio had a fascinating conversation about both the boxing and golf worlds, Muhammad Ali, legacy, and many other topics, two things really stuck out. Not only did Dirrell call his last fight against Kyrone Davis “bulls-it,” but he also called out Caleb Plant.

Savaricas asked the 36-year-old Dirrell about the split decision against Davis and he gave one quick response back.

“Bulls-it,” Davis said while laughing. “I think I controlled the whole fight, I think I dictated the pace. There was one round I wanted him to engage with me, but he just never would so I had to re-go at him, but he ran the whole time. I thought it was a boxing match, not a track meet.”

Then, the call out of Plant came when Dirrell was asked if we’d see him in the ring again.

“You can’t let that be your last fight,” Savaricas said, in which Dirrell replied back saying “It’s not, I’ll be there again.”

“I want one more,” Dirrell explained. “I want a big fight, I wanted Caleb Plant, I think everybody knows that. I think he’s trying to wait for Canelo, but you know, whoever I get, I want a name, I want a big name so I can go out and be happy with myself.”

"He ran the WHOLE TIME. I thought it was a boxing match, not a track meet!" — @Anthonydirrell thinks his draw with Kyrone Davis was bullsh*t.

Be sure to check out the full episode of Rippin’ It featuring Anthony Dirrell on YouTube and subscribe to the show on Apple Podcasts, Spotify, and Anchor.