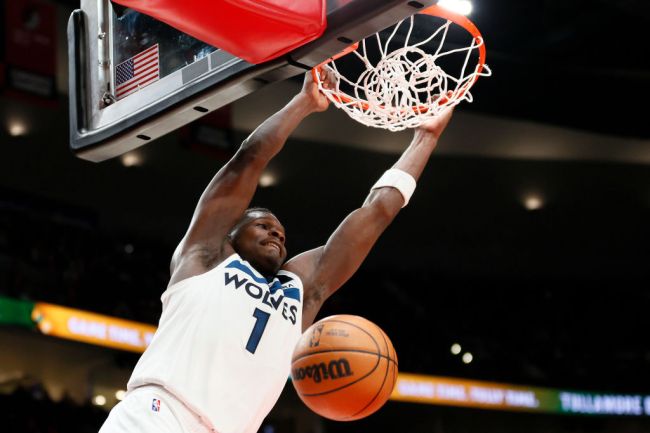 The Minnesota Timberwolves have had a pretty miraculous turnaround this season. 2 years ago, they earned the top pick in the NBA draft. Last season, they again finished among the worst teams in the league with a 23-49 record.ves

This season, they have already eclipsed last year’s win total and their 24-23 record has them firmly in the Western Conference playoff race. One of the men most responsible for that turnaround is the one they selected with the top pick 2 years ago, Anthony Edwards.

Edwards has been very impressive in just his second year in the league and has had some incredible performances throughout the year, including putting up 40 points and 9 rebounds against the Trailblazers 2 days ago.

Today, he appeared on “NBA Today” and was asked who the hardest player in the NBA to guard is. He gave the coldest answer possible.

Who's the hardest player to guard in the NBA?

He has all the confidence in the world. pic.twitter.com/FynyGCShgo

There aren’t many better answers to that question than “Myself, because I’m unstoppable.” That’s a pretty accurate description of Edwards this season. In just his second season, he is already averaging 22.7 points, 5.2 rebounds, and 3.5 assists per game.

He has been so good that some fans are even calling for him to get a spot in the All-Star Game. It’s hard to believe there was any doubt that he should be the top pick in last year’s draft.

If Edwards continues to develop the way he has this season, it will be tough to argue with his statement. He has already become pretty difficult to guard.