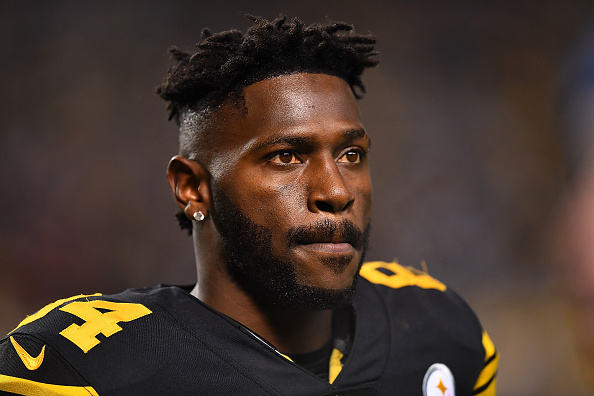 The Pittsburgh Steelers played a crucial final game of the season without star wide receiver Antonio Brown and while many thought it was because he was injured it turned out that Brown was benched by the coach Mike Tomlin for missing practice after getting into a heated verbal altercation with a teammate,

Apparently Brown showed up to Heinz field on Sunday expecting to play but was not allowed on the field by coaches.

He did not attend Saturday’s walk-through practice and skipped the Saturday night meeting at the team hotel — the latest in missed meetings by the All-Pro receiver. Brown was never on the field for the start of the game against the Bengals and left Heinz Field at halftime, according to multiple sources.

According to several sources, Brown showed up at Heinz Field expecting to play against the Bengals. That surprised several players, including one who called the situation “embarrassing” and “the worst I’ve seen.” That player said the entire situation and the way it was handled affected his desire to play in the game.

Update: The teammate Brown got heated with was apparently Ben Roethlisberger and according to Jason La Canfora things got “ugly”

Steelers fans not only want Antonio Brown gone but they also want the team to fire Mike Tomlin for losing control of the team.

Please overhaul this coaching staff. Leadership is off the rails in every area.

Time to go. The culture of that team, and a coach who doesn’t change that culture, is why they lose. Trade for a defensive player and a first. Use first on replacement WR.