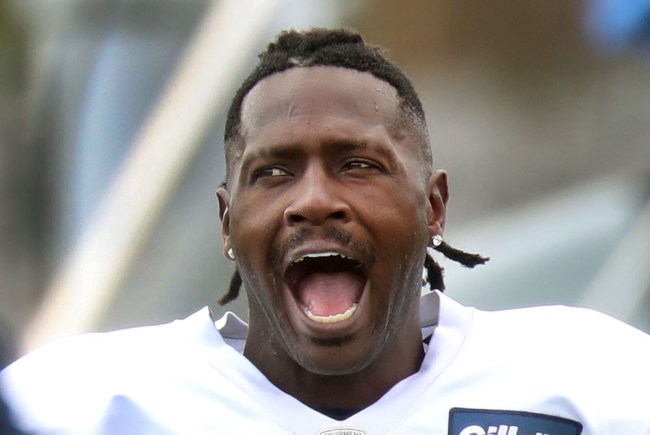 Eight days after officially signing Antonio Brown, the Buccaneers officially activated the wideout from the NFL’s suspended list on Tuesday as he’s set to make his debut with his new team on Sunday night against the Saints.

“He’ll have his role. It could be 10 plays; it could be 35 plays,” head coach Bruce Arians said, according to ESPN. “I wouldn’t anticipate 60 plays, for sure, but we’ll just see how it goes. We’ll see how much we can get him taught.”

It will be interesting to see just how in-check Brown is with Tom Brady and his new teammates on Sunday night because due to his suspension, he wasn’t able to practice with the team, only attend meetings and workouts, until he was officially activated on Tuesday. Brady actually took Brown under his wing and has the wide receiver living with him while he looks for a place of his own, or, you know, to keep him from doing something stupid.

Brown was suspended at the end of July for the first eight games of the 2020 NFL season due to “multiple violations of the league’s personal conduct policy.” Tampa Bay signed him to a one-year deal with a base salary of $750,000 with incentives in place that could push the value to $2.5 million.

Brown last caught a pass in the NFL on Sept. 15 of last year when he made his lone appearance for the Dolphins. The former sixth-round pick has seven seasons in which he’s recorded at least 1,000 yards receiving.