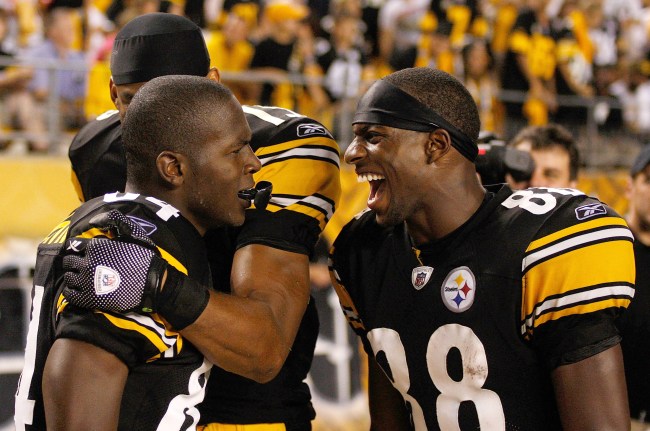 Antonio Brown’s relationship with Ben Roethlisberger and the Steelers has officially eclipsed Ronnie and Sammi Sweetheart levels of turbulence.

In the opening days of 2019, reports of a fractured relationship between Big Ben and his star wide receiver flooded sports media. Roethlisberger reportedly got into heated on-field exchange during practice with Brown, which led to Antonio Brown goin AWOL and missing several practices for the third time this season.

It was reported that Brown became enraged and threw a football at a teammate, sparking a verbal undressing from Big Ben. NFL analyst James Jones indicated that multiple Steelers players claim that Roethlisberger’s constant belittling of AB was the spark that started the fire.

“I’ve been told in meetings [Roethlisberger] would take shots at AB. Like, ‘I don’t got to throw you the ball,’ and things like that. Wednesday in practice, I heard he ran the wrong route, Big Ben threw the ball on the ground, said, ‘Get him out of here. Get somebody else in there,’ and that’s when AB was at his boiling point and that’s when he went off.”

Shit’s getting ugly with AB and the only NFL team he’s ever known.

Antonio Brown has removed the Pittsburgh Steelers from his Twitter Bio. #Steelers pic.twitter.com/mVx3qKIUOE

Oh, and as far as Steelers head coach Mike Tomlin’s mantra “The standard is the standard” is concerned, AB isn’t about that now either.

Set your own standards

How does the AB situation play out in Pittsburgh?

Our crew looked at it from all angles ⬇️

“Antonio brought it on himself,” Sanders said. “You cannot turn your back on you brothers and the organization who gave you an opportunity to make you who you are as a football player.”

As far as where the All-Pro wide receiver will end up, he’s posturing towards San Fran. On Sunday, AB had a Facetime chat with Jerry Rice and then someone painted a picture  of Brown in his Steelers uniform with Rice in his 49ers uniform. Both found their way to Brown’s Instagram story.