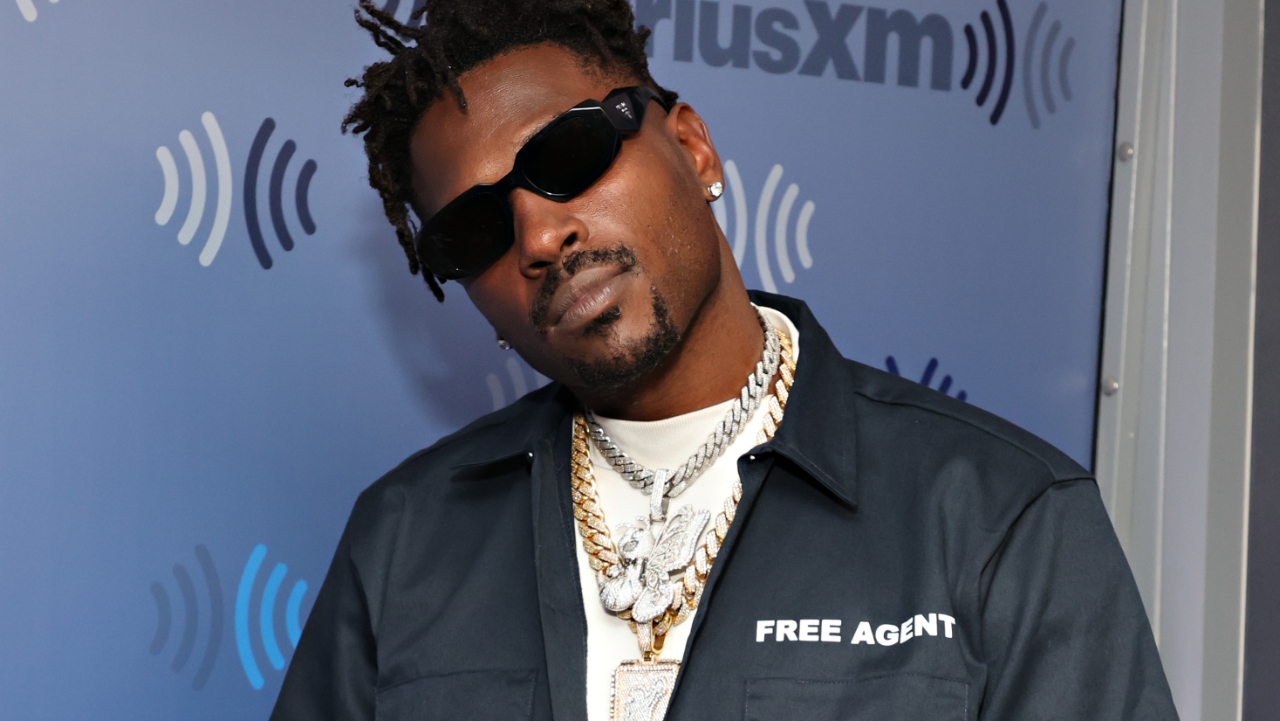 Antonio Brown apparently has no idea how to say the word parody.

On Friday, Brown spoke to Patrick-Bet David of the Valuentainment Youtube channel and defended his trolling of Tom Brady amid his divorce with Gisele Bundchen.

“I’m not smashing his girl, what do you mean? It’s a T-shirt that raised money from a real moment that happened. How is this a reach?

“People go through a divorce every day. What about me? What about when I’m in the news and people say I’m crazy? It’s just a picture from the Super Bowl.

“His divorce is his personal life, I ain’t got nothing to do with that bro. A lot of the things I’ve said tonight you guys are never going to understand. How am I going to make you understand if I’m telling you what I think and you can sort out what I think? Just so you can marginalize what’s respect and what’s not?”

Antonio Brown on taking shots at former teammate Tom Brady: "It is what it is."

"What about me? when I'm on the news for.. I'm crazy."@patrickbetdavid sat down with @AB84 for the interview: "You played with this guy, he had your back, what happened between you guys?" pic.twitter.com/4EX6GZqort

Brown tried to say that his trolling of Brady is just a “parody” but completely botched the pronunciation of the word.

Fans had jokes about Brown’s bizarre pronunciation of parody.

I love pierogis with a little bit if hotsauce https://t.co/8FKkRjn4yW