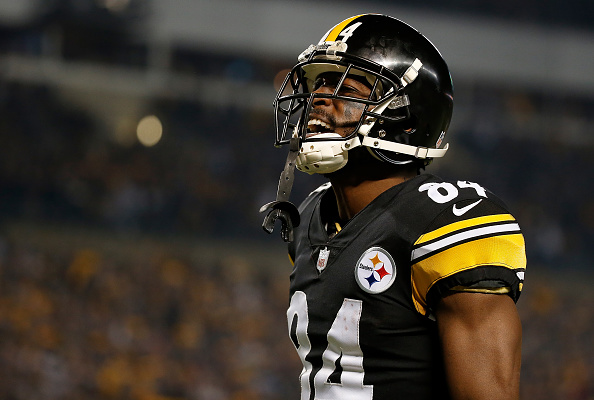 Despite leading the NFL with 15 touchdowns receptions this season, Steelers star wide receiver Antonio Brown was left off both All-Pro teams for the first time since 2013.

Peter King of ProFootballTalk.com said that Brown’s behavior in the last week forced him to take Brown off his ballot despite initially voting for him.

“As far as his situation and what happened. I think it’s absolutely outrageous,” Outrageous to the point that when I submitted my AP All-Pro team on Monday, before any of this happened, Antonio Brown was one of the three receivers I listed on the team along with [DeAndre] Hopkins and Tyreek Hill. And when this happened, I sent an e-mail to the AP and said, ‘I may change my ballot.’

King went on to say that he wouldn’t consider Brown a top 20 receiver over his actions that led to a suspension in the final game of the season.

“I thought about it, and I said, ‘I can’t, in good conscience, put a guy who took the equivalent of six percent of the season and flushed it down the toilet when the Steelers were in a playoff implication game.’ So I ended up voting for Michael Thomas and took another Brown off [my] All-Pro ballot.

“I’m very serious about these votes, and they mean a lot of me. But if a guy takes six percent of his season and purposely flushes it down the toilet, I can’t vote him for anything. He wouldn’t be among my top 10 or 20 receivers for the season.”

Brown took to Twitter and fired back at King for not voting for him.

System where you have no leverage https://t.co/Uhu4GTt4cl

they give all these people power without no substance or no clue about anything just so they can flex some power or feel empowered by their opinion! no title can define me no man own me; only God!! Funny how they missed your great season as well just went unmentioned right smh https://t.co/cA1AMZRSbD