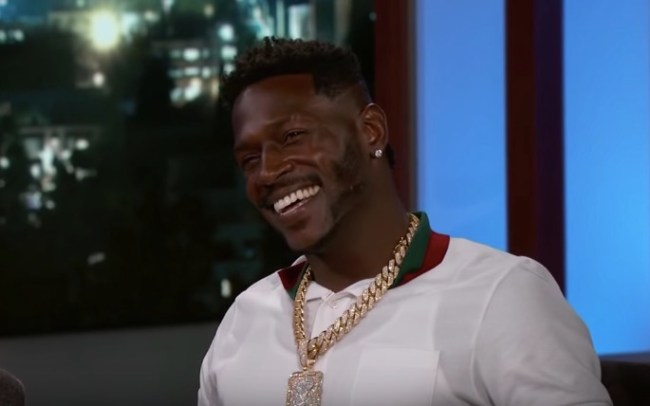 Antonio Brown has officially climbed to peak diva level, guys. While the Pittsburgh Steelers All-Pro wide receiver was always a bit exuberant, dramatic, flashy and outspoken, the latest episode with him and his team is downright pathetic and embarrassing, with Brown being salty about something, and the Steelers trying to play hardball with the guy to show that no one player’s bigger than the rest of the team.

Due to that, the rift has been felt throughout the league, with Antonio Brown dropping cryptic messages about where he may want to play next season. And, according to ESPN’s Adam Schefter, Brown may get his current wish and get traded from Pittsburgh, as Schefty discussed this morning on ESPN’s Get Up that the team must at least explore the possibility of a trade.

With all this Karadashian-like drama surrounding a team that didn’t even reach the NFL playoffs this year, naturally, Vegas oddsmakers have taken notice. That’s why the good folks over at OddsShark have updated their odds for which NFL team Antonio Brown may play for during the 2019 season. Take a look below for the results.

Now, the Pittsburgh Steelers, Antonio Brown’s current team, are still the heavy favorites to keep the perennial Pro Bowler, which makes sense, given the insane restrictions from his contract should Brown be released or traded. But lest we forget that the wideout is a master at trolling, and, just the other day, he made it clear that he seems to have interest in the 49ers — which is why they’ve got the second-best odds on OddsShark’s list.

Antonio Brown unfollowed the Steelers on Instagram… and just followed the @49ers 🧐 WHAT DOES IT MEAN? pic.twitter.com/T7hpY6hiRB

Who knows how all this will play out, but, given the Steelers history and the drama and/or stubbornness of Antonio Brown, something tells me he’ll actually be playing elsewhere come 2019. Remember how the Steelers didn’t balk at running back Le’Veon Bell’s contract demands? Take that and add a whole level of disrespect to it, and that’s why I think Brown’s playing elsewhere next NFL season.