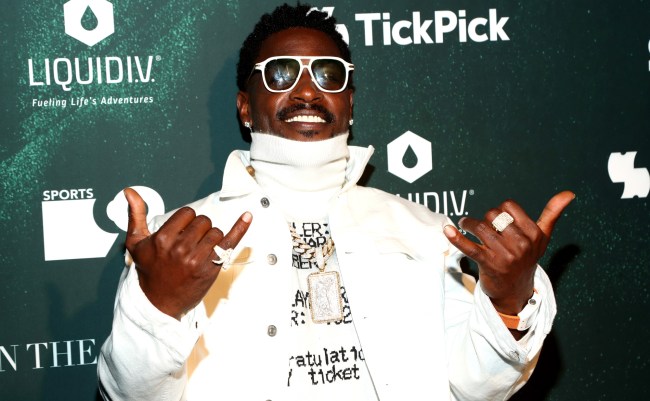 “We would like to make it happen,” said Brown.

On Monday, during his appearance on ESPN’s First Take, when he wasn’t ripping ESPN for their Myles Garrett-Mason Rudolph coverage, Steelers head coach Mike Tomlin said about Brown, “Once a Steeler, always a Steeler.”

In neither of these cases should anyone put any stock in Brown eventually playing for the Patriots, the Steelers, or whatever team with which Tom Brady ends up signing a new contract.

Meanwhile, Brown, who says he plans to meet with teams at the NFL Combine to discuss his possible return to the NFL, has been keeping busy dropping some fresh new tracks as he prepares for his boxing match with Logan Paul.

The track begins with audio from Andrew Luck’s retirement press conference and gets somehow gets even stranger from there.

I got the game and I’m not on stuck
I’m out the way like Andrew Luck
Everybody callin’ my phone, shut up

You know, because Antonio Brown and Andrew Luck are basically the same person, right?

Give it a listen below. Or don’t. It doesn’t matter.