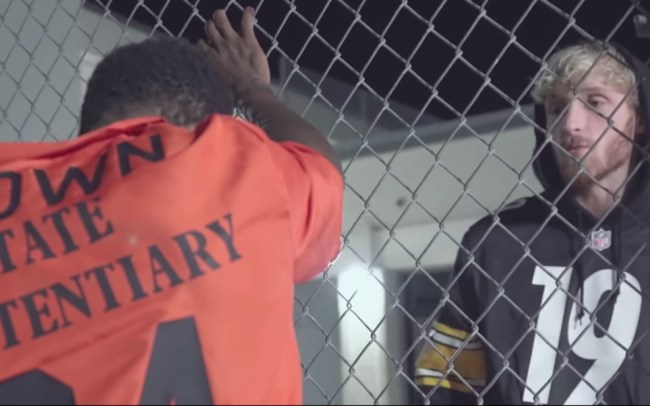 Over the past year or so, Antonio Brown has found himself dealing with more drama than theater kids in a love triangle that began when he started a beef with Ben Roethlisberger at the end of the 2018 season that would mark the beginning of the end of his time with the Steelers.

Since then, the wide receiver has repeatedly found himself embroiled in controversy and publically sparring with an impressively long list of people.

After getting cut from the Raiders following an altercation with GM Mike Mayock, he signed with the Patriots only to get released yet again after multiple women accused him of sexual misconduct, which resulted in him firing a shot at Robert Kraft over allegations concerning questionable conduct in a Florida massage parlor.

The embattled player has most recently found himself at the center of multiple highly publicized incidents involving the ongoing issues between him and ex-girlfriend Chelsie Kyriss, who played a hand in him declaring a boycott of white women in 2020 that will serve as the inspiration for an upcoming album.

Last month, Brown apparently decided he needed yet another feud in his life and decided to spark one with YouTube Person Logan Paul when he challenged him to a fight and found his offer quickly accepted.

Things have only heated up since then, as Brown announced he was heading to Las Vegas to prepare with Floyd Mayweather Jr. for the bout before showing off his skills in the ring.

The proposed fight eventually caught the attention of DAZN, which reportedly offered Brown $1 million to make good on his offer and he appeared to commit to the matchup when he and Paul ran into each other during a party ahead of Super Bowl LIV.

Now, the war of words has continued courtesy of the Vine-star-turned-multimillionaire, who dropped an autotune-fueled diss track titled “Going Broke” over the weekend in which he pummeled Brown over his various personal problems.

Is this the dumbest thing ever? Absolutely. With that said, I cannot get enough.