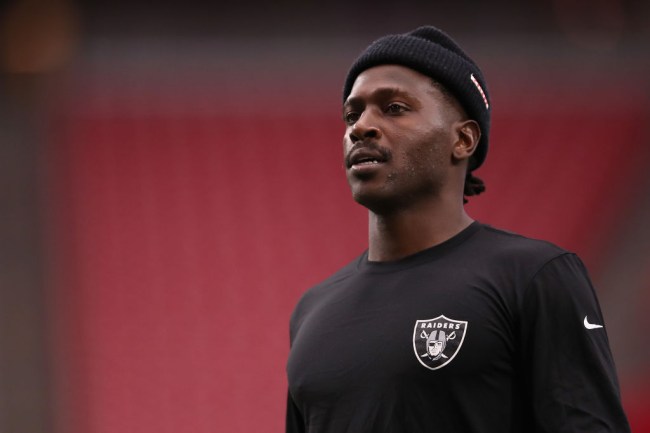 In March, the Steelers decided they were sick and tired of dealing with the endless drama surrounding Antonio Brown and opted to ship him off to the Raiders but it’s safe to say he hasn’t exactly gotten off to the best start in Oakland.

Unfortunately for the Raiders, Brown picked up where he left off in Pittsburgh by deciding to throw a temper tantrum after the NFL informed him he’d no longer be able to rock the helmet he used while playing with his former team.

On Wednesday, it appeared the issue had been resolved when Brown announced he’d finally found a suitable helmet after signing a deal with Xenith, which may or may not have been part of a giant (and ill-advised) marketing stunt.

However, Brown found himself embroiled in some new drama shortly before he announced the partnership when he revealed he’d been fined over $50,000 by the Raiders for missing practices back in August by posting a letter he’d received from GM Mike Mayock.

It reveals the @Raiders fined him 40k for missing camp on the day Mike gave his “all-in or all-out” soliloquy to the media. pic.twitter.com/y7s1YoCBoL

Mayock made it very clear how he felt about Brown’s absence back in August, and now, Adam Schefter reports the wide receiver also made his feelings known after confronting the GM on Wednesday in an altercation that was apparently heated enough to warrant a suspension.

The Next Chapter: Antonio Brown and GM Mike Mayock got into it Wednesday, and the team is now planning to suspend its star wide receiver, league sources tell ESPN.

Words can’t describe how sad I am that Hard Knocks is over because next week’s episode would have been one for the ages.