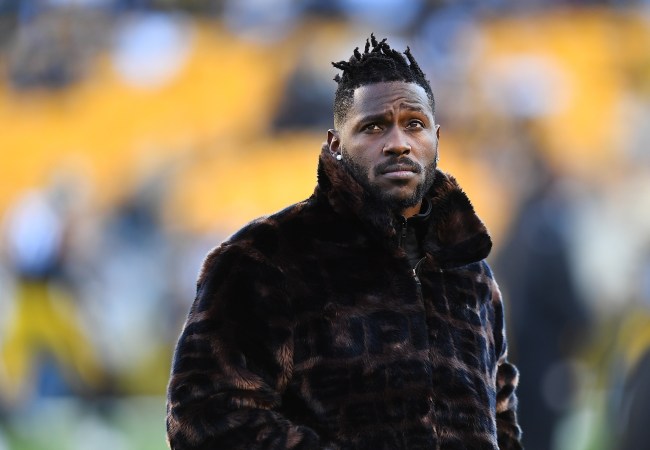 Antonio Brown has been busy burning bridges in Pittsburgh the last few months and his trade value continues to plummet.

"He does not want to be back. He wants to be traded. He has issues with Mike Tomlin, and he feels like Mike Tomlin too often sides with the QB.”

– @JasonLaCanfora on Antonio Brown requesting a trade from the Steelers pic.twitter.com/SrrGgWJ7oP

Since then Brown was linked to a domestic violence dispute that is currently being investigated by the NFL despite Brown’s lawyer assuring that the story is all media hype.

From Hollywood, Florida police report on Antonio Brown incident. Alleged that the mother of Brown's daughter went to AB's home to seek reimbursement for cost of haircut for the daughter. Brown allegedly refused to pay and pushed the woman to the ground. pic.twitter.com/TZZ45r58Ek

Pittsburgh Steelers beat writer Ed Bouchette spoke with an exec from an NFL team who thinks Brown’s issues on and off the field have killed his trade stock.

When I asked one longtime NFL personnel man last week what he would he would give the Steelers for Brown if he were in position to trade for him (he isn’t), he said maybe a sixth-round draft pick.

OK, he replied, maybe a conditional fifth or fourth depending on how he performs and maybe if the team makes the playoffs.

If that were the case, the draft pick the Steelers would receive would not be until 2020, and it might be in the same round where the Steelers drafted Brown in 2010. The personnel man acknowledged that it would only take one team that really wanted him to jack up the take, the way the Oakland Raiders gave the Steelers a third-round pick for Martavis Bryant last year.

Bouchette’s source isn’t the only person who has soured on Brown, many in the NFL media believe Brown isn’t worth the time or money.

I would bet that if the Steelers call all 31 other teams and ask for their best offer for Antonio Brown, a lot of general managers wouldn't trade even a seventh-round draft pick for him. A disgruntled 31-year-old who's going to get paid more than $15M this year? No thanks.

If I was Art Rooney when asked about Antonio Brown I’d quote Buddy Ryan when he was trying to trade Earnest Jackson back in the day: “I’ll trade him for a six pack… and it doesn’t even have to be cold!”