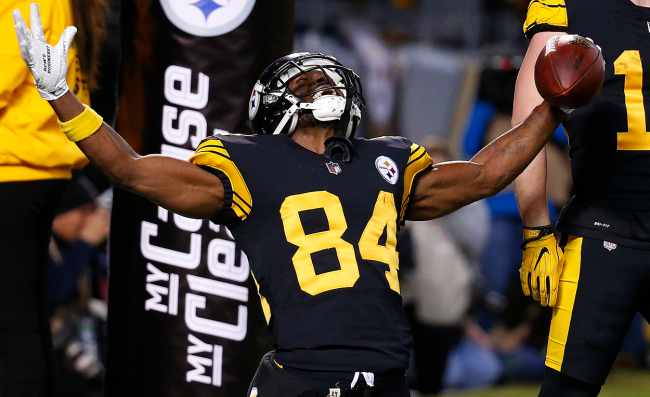 Antonio Brown has not played a down of football since January 2nd, 2021. On that day, he pulled one of the wildest moves in the history of football, if not all professional sports.

During the third quarter of the Tampa Bay Buccaneers’ game against the Jets, Brown proceeded to completely meltdown, take off his shirt and run across the field in the middle of the game. It was bizarre.

Since that day, there has been a lot of fallout and chaos surrounding the 33-year-old wide receiver. Brown claims that the team tried to force him to play hurt, he hung out with Kanye West and a bunch of other random celebrities, he claimed to sleep with DeSean Jackson’s ex-girlfriend, and has continued his strange music career.

The last four months have been a whirlwind.

While there is no telling what Brown will do next, there is one thing for certain— he is not currently employed by an NFL organization. He is a free agent.

Although it seems unlikely that a team would be willing to take a chance on Brown, it’s not out of the question. He remains a deep threat with a lot of athleticism left in the tank.

As the next step of Brown’s career unfolds, whatever that may entail, he tweeted out a cryptic message on Monday morning about retiring as a member of the Pittsburgh Steerers.

This could mean a few things.

Brown could be eyeing an NFL comeback and is hopeful that the team that drafted him in the sixth round of the 2010 NFL Draft will give him that chance. It could also mean that Brown wants to play in the NFL again but ultimately wants to finish his career with Pittsburgh, whenever that may come.

Or, perhaps, Brown is hinting that he is set to retire. He might understand that his NFL career is over and might be ready to hang up his cleats. If that is the case, he wants to sign a one-day contract with Pittsburgh and retire with the Steelers.

Whatever it means, Brown has left NFL fans confused and with plenty of jokes.

And now we wait.