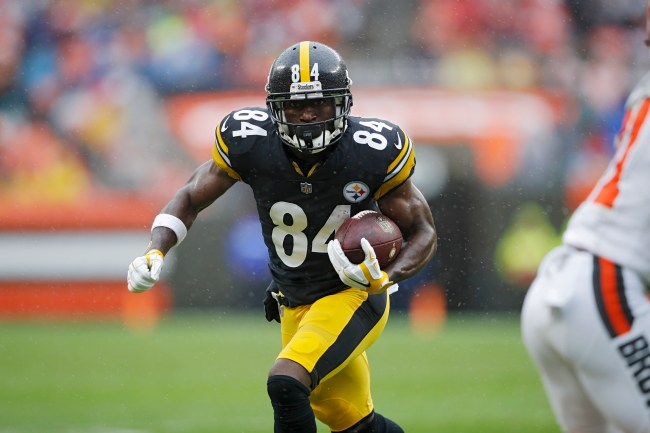 Antonio Brown and the Pittsburgh Steelers appear to be heading in opposite directions as the two sides continue to drift further apart as the unhappy wide receiver continues to do everything he can to end up on a different team next season. While Brown has publicly trolled the team and even posted a picture of him in a San Francisco 49ers uniform, the All-Pro’s latest tweet to Steelers fans might be the final straw.

Here’s what Antonio Brown recently tweeted out, which seems strange considering no decisions have yet been made about his future with the Steelers.

Who knows what this actually means, given Antonio Brown’s strange behavior since he and the team began this little disagreement prior to a Week 17 matchup against the Cincinnati Bengals, but it doesn’t seem like it’s a good sign if you’re a Pittsburgh Steelers fan.

Considering Brown has been involved in off-the-field issues since all this drama started, too — including a domestic violence incident where the cops were called and, more recently, a reckless driving charge — the past few months haven’t been all that great for the Pro Bowler. Maybe a fresh start is exactly what he needs.

The difficult thing is Antonio Brown’s contract, which makes it hard for the Steelers to try and move him. Here are some details and the breakdown of what the team owes him this season, per Andrew Brandt.

With Antonio Brown doing everything he can for the team to trade or straight-up release him this offseason, the Pittsburgh Steelers are kind of handcuffed as to how they can play this without it costing them a boatload of money. Unfortunately, for them, the best move might just be to eat the cost and get rid of the disgruntled wide receiver, because it’s clear he’s already got both feet basically out the door at this point.