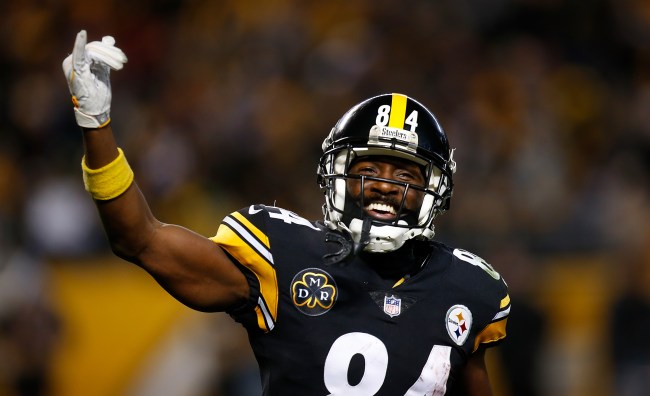 It’s been a decade since the Pittsburgh Steelers took home the Lombardi Trophy, and while they weren’t the favorite heading into 2018, a lot of people viewed them as potential contenders based on the number of offensive weapons they had at their disposal.

Unfortunately, the team (and fantasy football players) suffered a major setback when running back Le’Veon Bell sat out the entire season after feeling as disrespected as Kevin Hart in The 40-Year-Old Virgin when the Steelers refused to renegotiate his contract.

However, Bell isn’t the only Steelers superstar who can’t wait to get the hell out of Pittsburgh.

Antonio Brown went AWOL multiple times over the course of the year and would ultimately sit out the final game after getting into it with Ben Roethlisberger.

Brown began stirring up drama on social media as soon as the regular season ended and has continued to troll the Steelers over the past few weeks as trade rumors continue to swirl with increasing ferocity.

A couple of weeks ago, Jerry Rice revealed the wide receiver had reached out to him and expressed a great deal of interest in playing for the 49ers, and based on Brown’s latest Instagram post, it looks like there’s a very good chance he could end up in San Francisco next season.

Brown signed a four-year contract with the Steelers in 2017 and still has two years remaining, so while he doesn’t really have the option to pull a Le’Veon, the last thing the team needs is more trouble in the locker room.

My thoughts and prayers go out to Steelers fans during these difficult times.