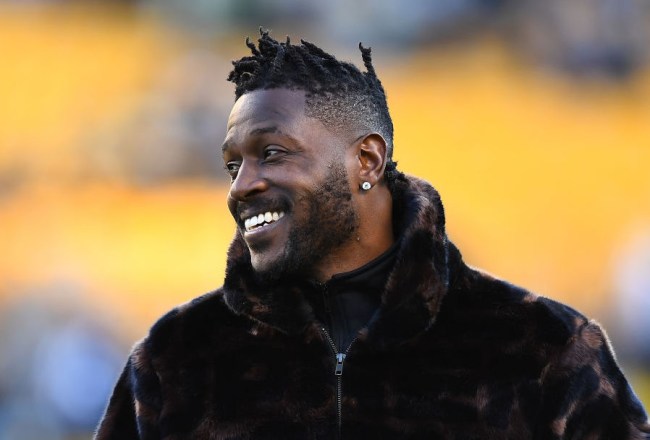 Last week, the “Days Since Antonio Brown Has Done Some Stupid Shit” counter was reset to zero after he made his latest in a long line of poor decisions on social media by proclaiming 2020 will be the year of “no more white woman.”

It soon became clear that the declaration was the result of some serious baby mama drama between Brown and his ex-girlfriend Chelsie Kyriss, as the wide receiver eventually hopped on Instagram to share a screenshot concerning a supposed extortion attempt before Kyriss fired back and threatened to air his dirty laundry.

Things took a very interesting turn over the weekend when the embattled wide receiver revealed the cops had shown up at his house at the request of Kryiss, who asked the police to accompany her while she picked up clothes for their kid (a development Brown was not thrilled with).

Other individual with him: “bro I hope you’re not putting that on social media…take that off”

The situation escalated once again earlier this week when Brown accused Kryiss of stealing his Bentley and posted the address where she was allegedly at on Twitter, and on the same day, he revealed he had an album in the works titled “No White Woman 2020.”

The album is coming this ❄️ just wait on it pic.twitter.com/Itkzn7yTG9

Brown would follow up that announcement with an Instagram post hyping the upcoming record, which inspired us here at BroBible to ponder if he knows the difference between “women” and “woman.”

I’m not naive enough to think Brown actually read the aforementioned piece concerning his grasp of grammatical intricacies because I highly doubt he has the attention span to read a 1,000-word article.

However, it would appear someone in his camp alerted him to his error based on a recent Instagram story in which he outlined his vision for his upcoming video to complement his upcoming album—which may or may not now be called “No White Girls 2020″—which basically sounds like the spiritual successor to Spring Breakers (with a notable lack of Gucci Mane). 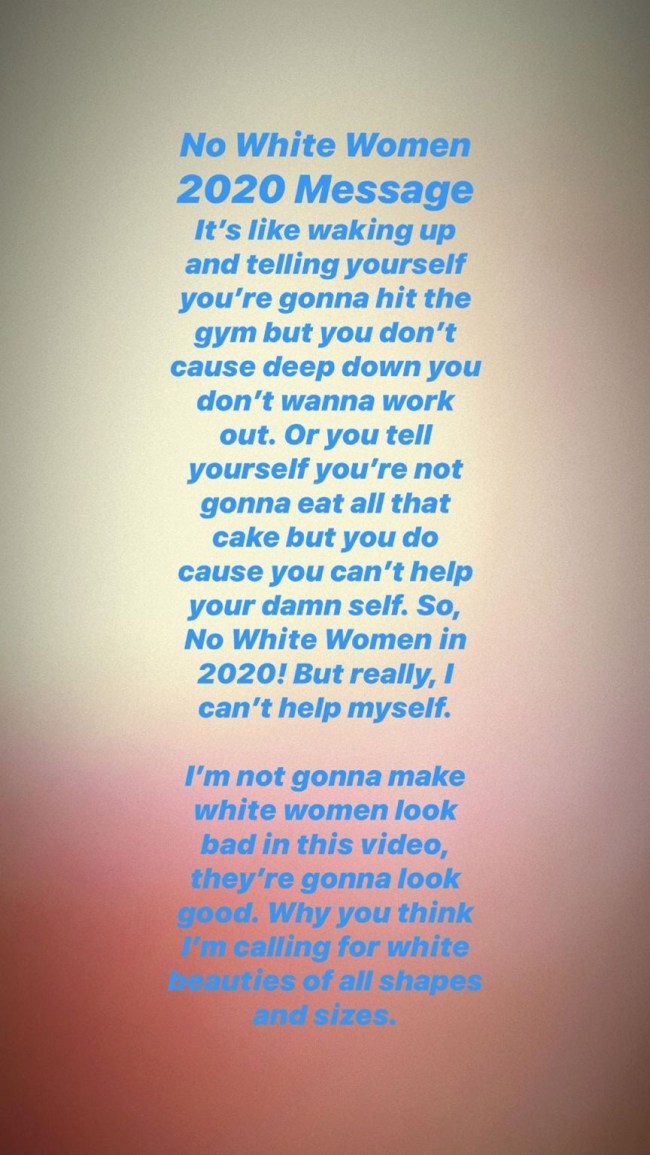 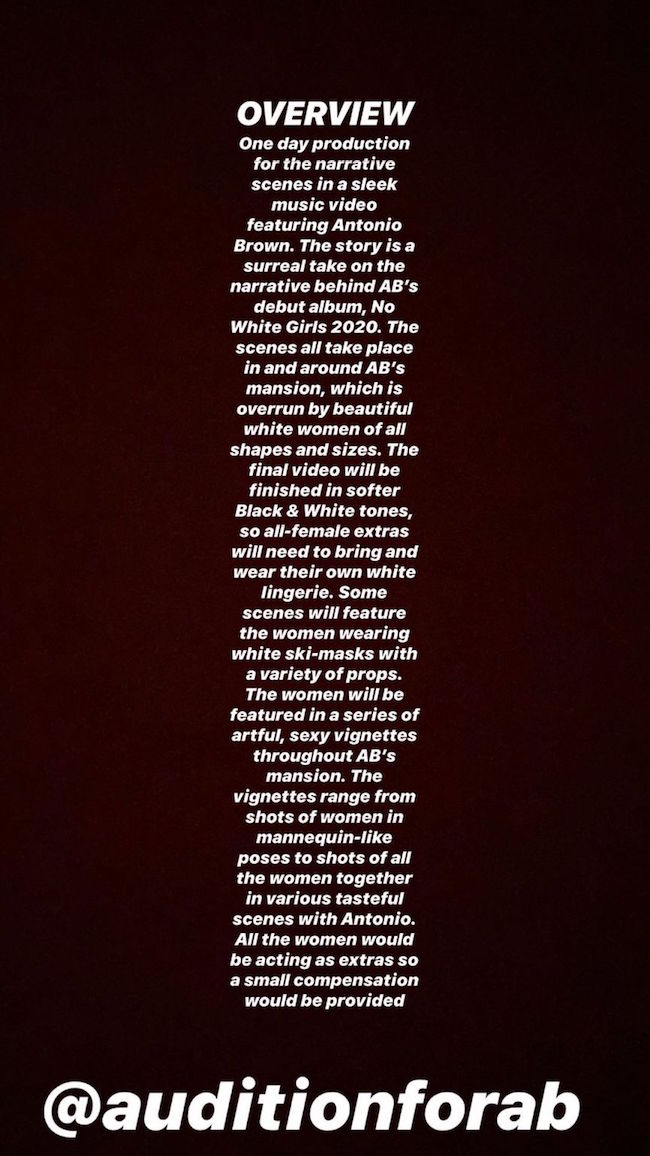 Brown also issued a rambling “apology” to Kyriss in which he took some of the blame for how the situation played out while also publically accusing her of having an affair, which is certainly an interesting way to approach the situation. 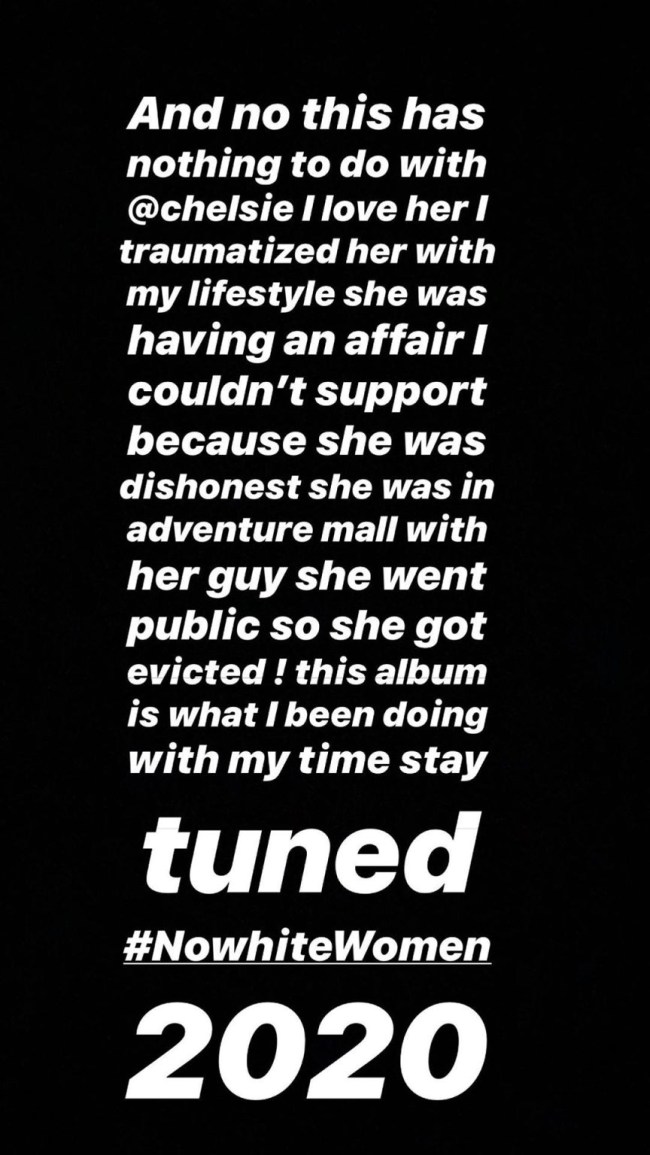 I can’t wait to see what happens next.