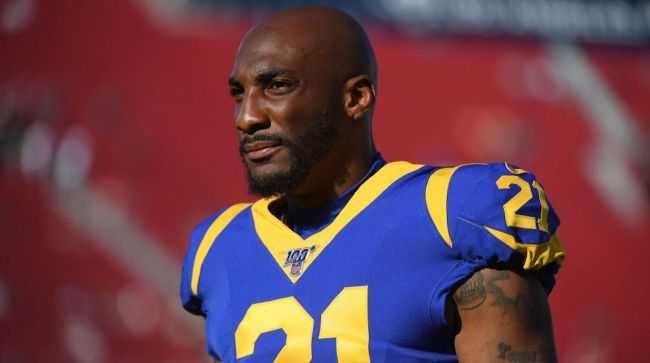 According to a new report from TMZ, former NFL cornerback Aqib Talib was “just feet away” from the gunman who fired shots at a youth football game in Texas over the weekend.

The report also states that Aqib’s brother Yaqub Talib has been identified as the shooter and has since turned himself into authorities as he now faces murder charges. At the time of this writing, Aqib has not been charged with any crimes.

Following the incident, the Lancaster Police Department released a statement that summarized their findings:

“Upon arrival, officers were notified of a disagreement among coaching staff and the officiating crew,” the Lancaster Police Department said in a statement. “During the disagreement the opposing coaching staff were involved in a physical altercation and one of the individuals involved in the altercation discharged a firearm striking one adult male. The victim was transported to a local hospital for treatment where he was later pronounced deceased.”

After retiring from the National Football League — in which he played for the Buccaneers, Patriot, Broncos, and Rams during the course of his career — Aqib has seen ventured into sports broadcasting and was recently hired as an analyst for Amazon’s Thursday night pregame show.

During his 12-year-long career, Talib made five Pro Bowls and won one Super Bowl with Peyton Manning and the Denver Broncos in 2016.