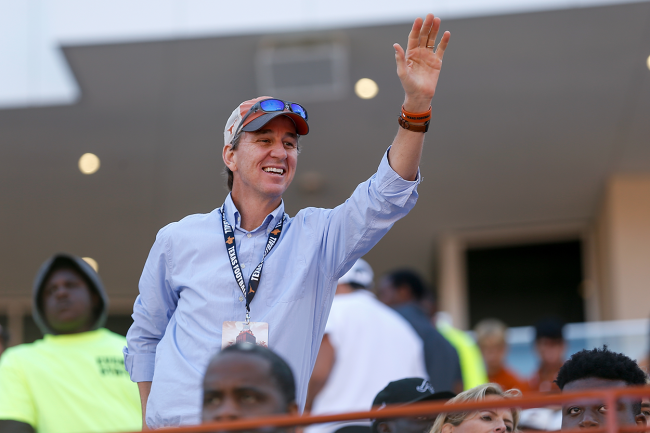 Arch Manning’s recruitment remains wide open, but the picture is starting to take place. As things continue to shape out, the month of June is set to be very busy and extremely crucial for his process.

Although there is no clear frontrunner for Manning’s commitment, Texas and Georgia appear to be battling it out with Alabama, Florida and LSU lingering. More than likely, he will end up as a Longhorn or Bulldog, but that’s why the next few months are so important.

With Arch Manning’s recruitment, the decision entirely up to him.

Arch’s father, Cooper Manning, recently spoke with DawgNation and gave a lot of illuminating insight into his son’s decision and the process around his recruitment.

“Arch is going to make this decision 100 percent on his own,” Cooper said to DawgNation. “We are just, I don’t know, I feel like more of a concierge desk than I am a parent at times with this. With me, it is like we have got to leave on this date and we have got to be back on this date.”

In addition, he said that he, his son, and his family are doing things the old-fashioned way. The current age of Name, Image and Likeness has brought a larger financial element to a lot of recruiting across the country, but the Manning’s aren’t worried about money. (Probably because they have plenty of their own)

“That, more than anything, will be us going back to the old school way,” Cooper said to DawgNation. “Certainly evaluating things on the merits of each school well before anything like NIL ever existed.”

Some of the merits that might play into the evaluation are roster talent, competition and motivation. Eli and Peyton Manning never had the opportunity to compete for a national championship in college and that makes a difference for Arch.

Cooper offered a very interesting assessment of what his son might be looking for.

“I think Arch said a long time ago that he wasn’t sure he wanted to go to a place where he looked across the field and went ‘Man everybody on that team is better than everybody on this team’ and that’s hard,” he said to DawgNation. “I think he does appreciate being around other great athletes that are motivated. That want to be there and not guys that are ‘Oh shoot we have lifting tomorrow at seven’ but guys that are excited about lifting at seven in the morning because it is going to help them get better.”

“That’s kind of how he is looking at it. At the same time, I think he wants, like anybody, to make great friends and have a great experience in college. There’s a lot of time outside of the locker room and you want to have a balance and enjoy yourself. There are going to be a lot of lumps in college and some headwinds and some speedbumps and things that go wrong. At the end of the day, you want to be where you can be most happy when the wind is hitting you in the face.”

Ultimately, there is a lot of time left for Arch to make a decision. However, should he choose to get on a college campus sooner than later, he has been afforded that luxury. Over the course of the next few very busy weeks, there might start to be an indication of where Arch will end up.