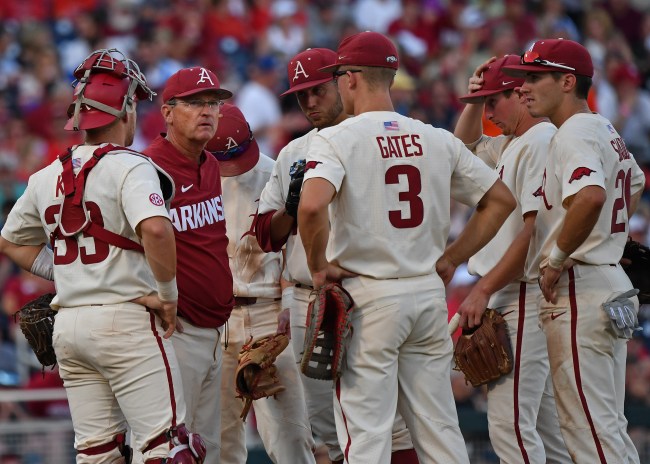 I missed a pair of free throws in my high school state tournament game my junior year that, thanks to a buzzer beater by the opposing team, haunts me periodically to this day. It was almost fifteen years ago.

Point is, missed opportunities–on any scale–hat rob one of athletic glory stick around like a herpe sore.

The Arkansas Razorbacks blunder last night was on the biggest scale college baseball has to offer and could lead to years of sleepless nights for the Arkansas athletes.

If you missed it, Arkansas were one out away from their first College World Series title on Wednesday against Oregon State. Oregon State shortstop Cadyn Grenier hit a foul pop off the first base line and three Arkansas fielders were in the vicinity to make the final out of the game. None of them did.

Grenier then blasted a single through the left side of the infield to drive a run home, tying the game at three.

The very next batter, Oregon State right fielder Trevor Larnach, made the Razorbacks pay by sending a two run shot over the right field wall.

The blunder ultimately pushed the series to a do-or-die Game 3 on Thursday night.