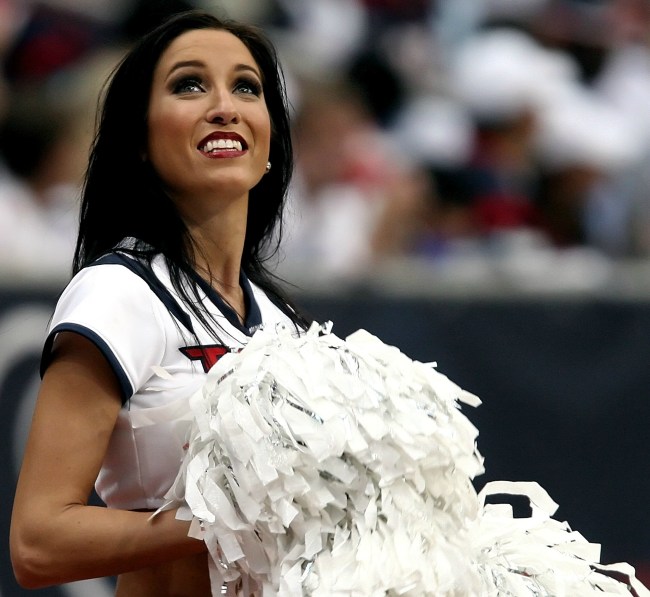 The Arkansas Razorbacks are having a miserable college football season. Not only are they currently 2-9, but they had one of the boldest and ballsiest trick plays ever happen to them earlier this year in a game against North Texas, where the punt returner faked a fair catch, paused, then took off for a nasty touchdown run. Ah, yes, things are mighty crappy down in Fayetteville — but they just got even more embarrassing.

While I’ll never sh*t in a man for shooting his shot with a girl, there are rules as to when and where something like that should happen. For instance, at a bar, when surrounded by a lot of people and an energetic atmosphere might be a good spot. You know where isn’t a good spot? On the football field. Unfortunately, some Arkansas Razorbacks football players didn’t seem to understand that, though.

According to NBC affiliate KARK-TV, per Deadspin, two players, defensive backs Kamren Curl and Ryan Pulley, were suspended by head coach Chad Morris for the Razorbacks’ season finale this upcoming weekend against Missouri because they were flirting with the opposing team cheerleaders last weekend instead of warming up. Guys, this is stuff you do in, like, recess football, not on the D-I level. Sheesh.

During Saturday night's @PigTrailNation report, @dj45williams talked about the incident that ended in the suspension of Ryan Pulley and Kamren Curl.

At the time, Williams withheld the names of the players thinking it could be worked out internally. #WPS pic.twitter.com/p5sSlPJyOY

It was bad enough that Curl and Pulley were seen flirting and snapping pics with Mississippi State cheerleaders, but it kind of looks even worse when the final score of that game was 52-6 MSU. Uh, doesn’t really seem as if Razorback players were fully there for that one, huh?

Regarding the news that this happened, a mega-pissed-off Morris had this to say, via KARK, per Deadspin.

“They will not be here today or yesterday or any part of this week for unacceptable behavior—actions that are completely unacceptable to anything we’re about.”

Athletes have been suspended for really dumb things in the past, but, in all my years, I’m not sure there’s one more ridiculous than this. Guys, get on Tinder after the game if you really need to, ’cause this is a total disrespect to their teammates, coaches and school.