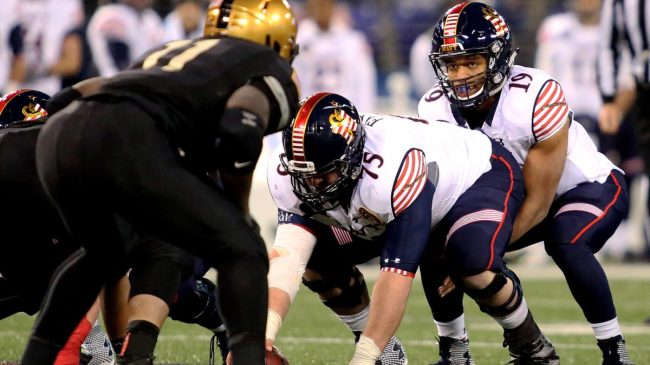 There’s big news in the world of college football.

The sport’s biggest rivalry has announced host sites for the next five matchups in the annual Army vs. Navy series. The venues include trips to Foxborough, New York, Washington DC, Baltimore, and Philadelphia.

Each host site will be the home of an NFL team, giving awesome exposure to the rivalry through 2027. Philly has been the most popular site for the game in the past, while cities like Baltimore, NYC, West Point, and Annapolis have been sprinkled in.

Last year’s matchup was held in MetLife Stadium in East Rutherford, NJ, the home of the Giants and Jets.

The series is bigger than football. It draws viewers from across the country as they cheer on our servicemen and women in the ultimate representation of national pride. It’s annually held on the last week of the regular season so that the spotlight can be on those that give everything for the country.

But like all college football rivalries, the Army-Navy matchup has its fun side, too. And the traditions, like both teams standing for the other’s alma mater after the game no matter who wins or loses, are what make it the best game of the season.

Now, we’ll see the two rivals face off in professional venues over the next five seasons.

NFL world reacts to the Army vs. Navy news

Fans and media reacted to the announcement on social media, but the first to chime in were the NFL host teams themselves.

If anyone knows how much it means to have the @ArmyNavyGame at @GilletteStadium, it's BB. pic.twitter.com/9eZNN2QmQR

Fans were quick to respond, too, showing their excitement for the upcoming slate.

This should be a very cool experience over the next few years. I wonder if this type of thing will continue in the future, and possibly expand to areas outside of the Northeastern US.