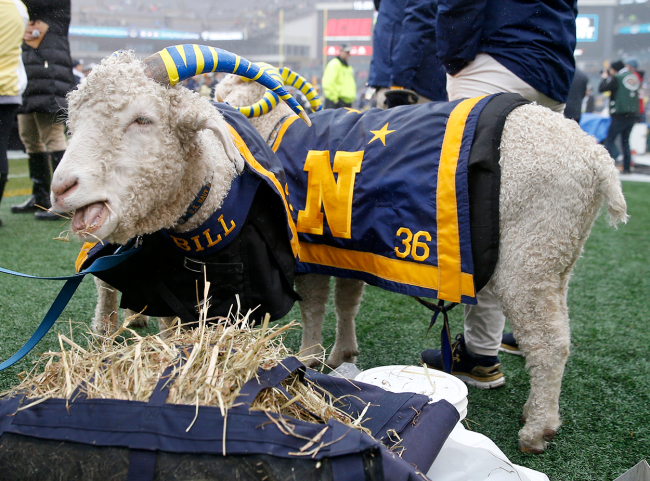 The United States military academies have made their policy on swiping one another’s mascots very clear. It is strictly forbidden. That did not stop a group of Army cadets from attempting the high jinks not once, but twice, ahead of this weekend’s America’s Game.

On Saturday, Army will face Navy at MetLife field. It is one of the greatest rivalries in all of sports and never fails to pump patriotism through the veins of an entire nation.

The rivalry, however, goes beyond the gridiron. Although it has been strictly off-limits since the early 1990s, rival military academies often prank one another by stealing the other’s schools mascot.

The Navy and the Army both signed a formal agreement to ban mascot heists in 1992. The deal came after Navy Midshipmen stole the Army’s mules in a bold raid that was planned in part by Navy SEALs.

During the capture, Army employees were zip-tied in a chase that involved a helicopter. That was the icing on the metaphorical cake that put an end to the antics.

And yet, that has not deterred kidnaps in recent years past. Both schools have attempted kidnaps of the mascots since 1992.

That was again the case this year. It just took two attempts.

Just before thanksgiving, cadets from the United States Military Academy at West Point directly disobeyed their three-star general and stole a goat mascot from the Naval Academy. It was a major fail. They kidnapped the wrong goat.

37 different goats have served as Naval Academy mascots. They have all been named Bill and typically come from the lineage of the Bills before them.

Afterward, the U.S. Military Academy’s general said that the prank “went against West Point’s core values and that he was disappointed by the breach of trust.”

And then they did it again. During the first weekend of December, cadets went back and stole two goats.

This time, they got it right. On Saturday night, a group of cadets snuck into the backyard of a Navy alumnus outside of Annapolis, Md., where the goats are kept.

They grabbed Bill No. 36 and No. 37, attached their leads, and whisked them away in the darkness of night. The next morning, the two goats were found tethered to the general’s reviewing stand on the West Point parade ground. 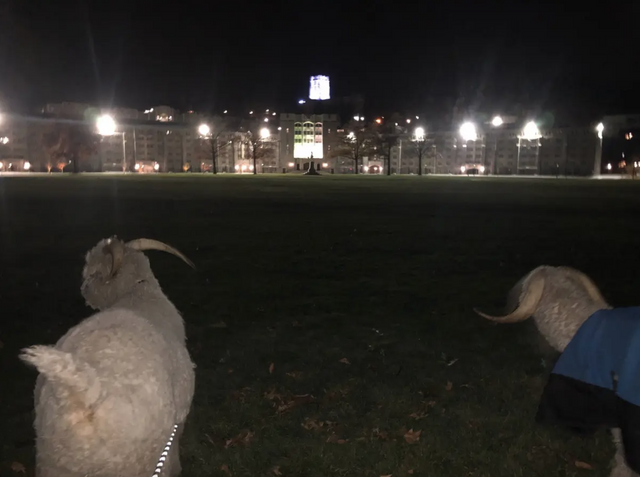 Both Bills were returned to the Naval Academy unharmed and the U.S. Military Academy is trying to keep the incident quiet to discourage future kidnaps.

Per the cadets who helped execute the latest goatnapping, it was an attempt to make up for the failed attempt a week prior. The timing was intentional, as Navy might have its guard down after the Thanksgiving holiday.

They were right, and this time, they got the right goats.