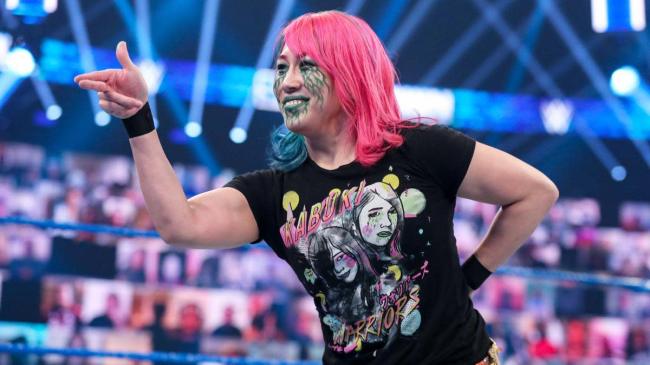 Wrestling is scripted but there’s still an element of danger involved every second. Just turning a fist, foot, or face a certain way can turn seemingly harmless moves into body-rattling and bone-crushing moments.

On Monday’s episode of Raw, WWE Raw Women’s Champion took an accidental kick to the face that knocked out one of her teeth.

Asuka was teaming with Charlotte to take on WWE Women’s Tag Team Champions Shayna Baszler and Nia Jax. Baszler – a former MMA fighter – tried to break up an armbar attempt by kicking Asuka.

Baszler went a little too hard and accidentally kicked Asuka right in the mouth.

Here’s the cringy moment in slow motion with a kick so stiff I expect Asuka to spit a tooth straight into the air.

Baszler immediately realizes her mistake and covers Asuka to check on her.

To prove she’s tougher than most, Asuka would take another kick to the face later in the match, an accidental boot by tag partner Charlotte Flair.

Asuka and Charlotte would lose the match after Nia Jax pinned the WWE Raw Women’s Champion after a legdrop.

Nia’s hole was totally fine after the move.