Alpine Skiers Are Wearing Out Bumble In PyeongChang, While Bobsledders, Snowboarders Rule Tinder 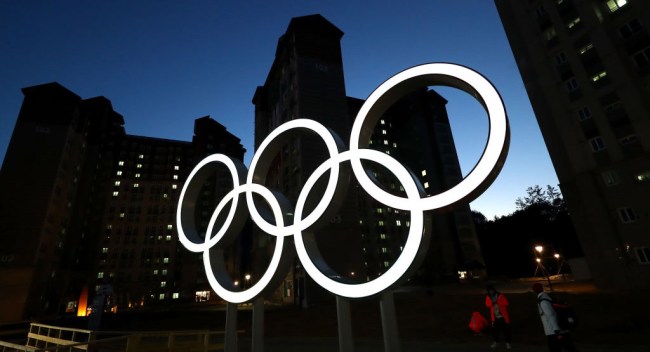 Considering the fact that the average age, at least of the American athletes, is 26.5-years-old, and the fact that a large portion of the 2,952 athletes (1,120 female, 1,832 male) have spent much of their lives doing very little other than training for the Olympics, it’s no wonder so many are looking to hook up in PyeongChang.

I know that if spent every waking moment preparing for the Winter Olympics, and I had completed my event or would be done shortly, I too would be scouring the Athlete’s Village for someone to Netflix and chill with once I was finished.

Of course, this being 2018, the Olympic athletes don’t even have to leave their rooms to find someone in the village to meet. Thanks to all the dating apps available these days all they have to do is use their tablets or smartphones. Which is exactly what loads of Olympians have been doing according to Bumble and Tinder.

According to a report by TMZ…

Bumble says most competitors — from all countries, not just the U.S. — have seen a 50% spike in swipes since the games started a little over a week ago. Translation: someone’s gotta help you “stretch” on your off days, right?

That mostly applies to athletes who love going downhill — Bumble says the alpine skiers are getting more hook-up action than their fellow Olympians. According to the app … hockey players rank second, freestyle skiers and cross-country skiers tie for third. Snowboarders and ski jumpers bring up the rear.

Meanwhile, Reuters reports that the dating app of choice for Olympic athletes in some of the other sports is Tinder.

Behind bobsled, the most right swiped male athletes on the app were ice hockey players, followed by snowboarders, alpine skiers and skeleton racers.

After snowboarding, the most right swiped female athletes were alpine skiers, bobsledders, lugers and freestyle skiers.

Tinder said it has seen a 348 percent increase in usage at Pyeongchang, compared to the usage of the app in the area before the Olympics began.

Now that is the kind of laser focus that got these athletes to the Winter Olympics in the first place.