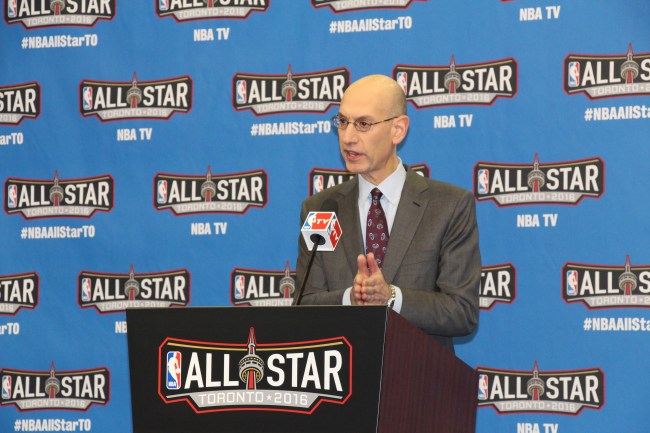 The NBA officially announced Thursday that it will be holding the All-Star Game on March 7 in Atlanta despite criticism from fans and players.

While speaking with Rachel Nichols on ESPN’s The Jump, NBA commissioner Adam Silver said he thought going forward with the All-Star game was “the right thing to do” despite concerns of hosting the event in the middle of a pandemic.

Adam Silver on All-Star "It feels like the right thing to do to go forward" pic.twitter.com/I3t60nqoIx

Atlanta Mayor Keisha Lance Bottoms has already asked fans not to congregate for the All-Star Game and Silver agreed with her message.

Adam Silver "We don't want people to gather for events around this All-Star, there will be absolutely no social functions in Atlanta…no parties" pic.twitter.com/ohWAfD4LSo

“We don’t want people to gather for events around this All-Star. There will be absolutely no social functions in Atlanta. No ticketed events. No parties. It is a made-for television event at this point, and it’s largely in Atlanta because that’s where Turner Sports is located who will host this event … that’s why we are there, so we agree with the mayor.”

Despite the comments from Silver and Bottoms, Atlanta nightclubs are already promoting parties around All-Star weekend.

Adam Silver "There will be no parties"

There will be no "official" parties, but if Adam Silver really thinks All-Star Weekend won't attract people to Atlanta to throw parties, he's delusional.