Austin Rivers Fires Back At His Haters After Rockets’ Players Plotted To Beat Him After Game, Is Fed Up With Being Called ‘The Coach’s Son’ 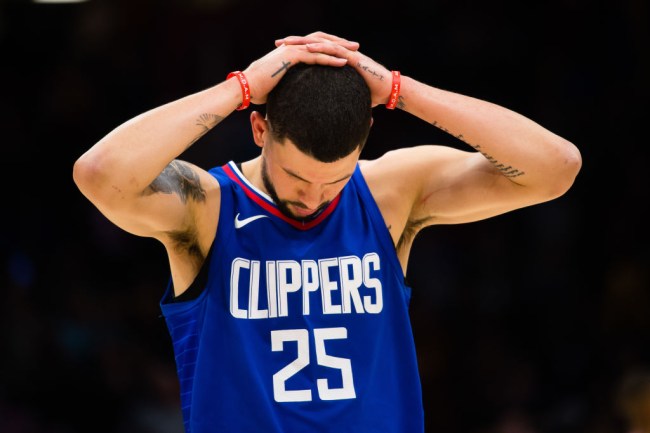 Ever since joining the Clippers and playing for his father, Austin Rivers has been the laughing stock of the NBA. Austin’s situation in L.A. got worse when it was reported that Chris Paul decided he wanted to leave the Clippers in the offseason because he couldn’t stand that Rivers got preferential treatment from his father.

On Tuesday night, several Rockets players plotted to confront Rivers in the locker room after Austin got into a heated confrontation with Trevor Ariza during the Clippers-Rockets game.

Rivers is apparently fed up with everyone picking on him and is now firing back. Here’s Austin blasting his haters in an ESPN interview with Ramona Shelburne.

“People can say whatever they want about me and my father [LA Clippers coach Doc Rivers],” the guard told ESPN during a lengthy interview Wednesday night. “I get it. I can even put my ego aside and understand why people don’t like the situation. When I was growing up and I’d see the coach’s son, you’d be like, ‘He sucks. He’s only on the team because of his dad.’ So I 7

I know what the narrative is on me,” Rivers said. “It’s because I come from money and I have a swagger and confidence about me.

“[But] if I didn’t have this confidence or swagger in myself, I wouldn’t be built to handle the negativity that I’ve gotten. I would’ve already broken down years ago because I’ve gotten this since high school. I’ve turned it into a fuel and it’s helped me. I go into each away arena and it’s rough, because the s— I hear. This chip on my shoulder, this swagger and confidence, it helps me. If I didn’t have it, I would not be in the NBA.”

No matter what Austin says people are going to make fun of him as long as he continues to play for his father in L.A..