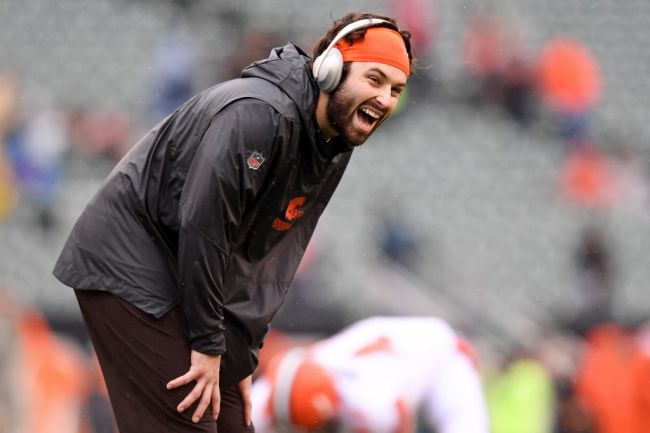 Baker Mayfield likes to have fun, we all know this, so when news broke about the Big 12 cracking down on players using the ‘Horns Down’ gesture, it’s no surprise that he reacted accordingly.

Earlier in the week, Big 12 coordinator Greg Burks made some interesting comments about players using the ‘Horns Down’ gesture this season, essentially saying that players probably shouldn’t throw the sign when playing against Texas.

Burks’ comments make little to no sense, so Mayfield inserted himself into the equation.

The former Oklahoma Sooner turned Cleveland Brown took a direct shot at both Texas and the former conference he played in on Twitter.

**NSFW** The following content might offend some viewers, the mentally weak ones of course…. #Boomer #ZebrasProtectingLonghorns pic.twitter.com/ik0e3Q5dcj

One could argue that Mayfield doesn’t really have the right to troll Texas like that, but again, he’s an Oklahoma alum. Plus, the comments out of the Big 12 are beyond ridiculous, but the conference must protect its money-making machine in Austin at all costs.

Related: Baker Mayfield Admits That He’s A ‘Firm Believer In UFOs And Sasquatch’