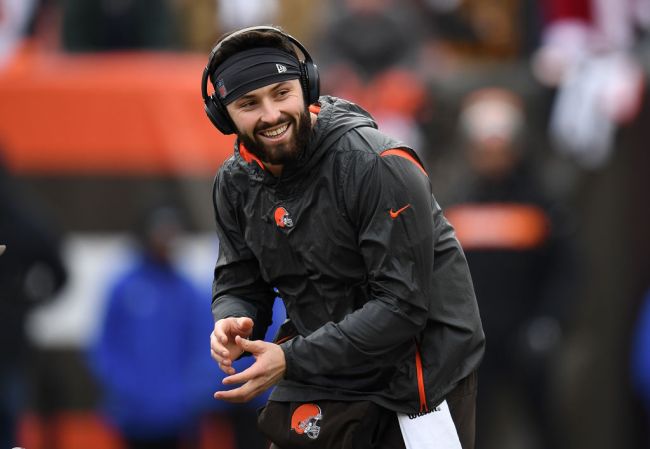 We already knew that Cleveland Browns’ quarterback Baker Mayfield was a big UFO guy, but what we didn’t know was that he’s also a believer in Sasquatch.

Back in March, Mayfield shared a tweet that went viral claiming that he and his wife saw a UFO flying around Texas on their way back from dinner. Mayfield said that he saw a bright ball of light going straight down out of the sky towards Lake Travis and asked if anyone else saw the phenomenon.

Mayfield doubled down on his claimed UFO sighting in speaking with the media on Monday while explaining that he is a firm believer in UFOs and Sasquatch. He said with the leaked photos and videos taken by the Navy and the Department of Defense saying they’re real legitimizes his stance on the matter.

“I’m a firm believer in UFOs and Sasquatch,’′ Mayfield told the media on Monday, according to the AP. “It’s real. I saw it. I’m glad the Navy finally confirmed some more pictures. Now everybody doesn’t think I’m as crazy. I believe.”

If Mayfield is willing to share with his almost 800,000 followers on Twitter that he saw a UFO, I don’t think it should be all that surprising to learn that he is a legitimate UFO and Sasquatch guy. The bad side of this is that Mayfield-haters now have just one more thing to rip on the guy about, but I don’t think Mayfield will let that get to him, he already embraces the overly cocky villain role pretty well.