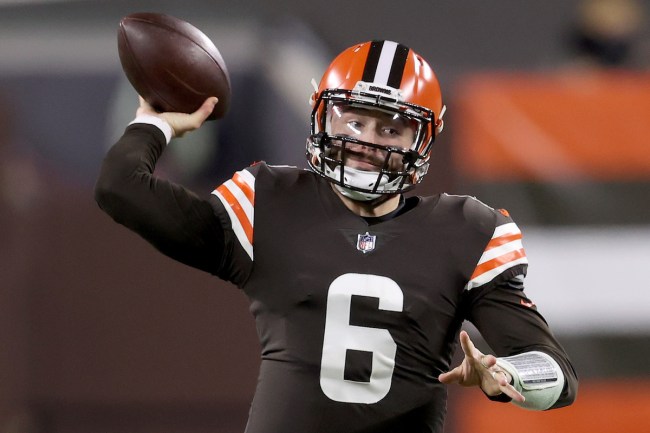 The game Baker Mayfield had on Monday Night Football against the Baltimore Ravens might have been his coming out party. Sure, the dude’s a former Heisman Trophy winner and was the No. 1 overall pick a couple years ago — even setting a new mark for most touchdown passes in a season by a rookie — but everyone was still critical of what he is as a player.

Come people in the media said he’s nothing more than a backup with a strong arm. Stephen A. Smith criticized Mayfield for underperforming with such great talent around him. Everyone seemed to blame Baker for the Browns’ struggles in 2019, and the unhappiness of superstar wideout Odell Beckham Jr.; who wasn’t putting up the kind of production everyone was accustomed to seeing when OBJ was healthy.

But the MNF game against the Ravens showed what Baker Mayfield could be — even if Cleveland lost the game. He showed grit. He showed leadership. And, outside of one bad interception, he showed that he could make all the throws to be an elite passer in this league. So it’s no wonder people left impressed after seeing the quarterback perform so highly on a national stage.

One thing that Mayfield also showed that game against the Ravens? That he has a cannon for a right arm, with the signal-caller tossing darts all over the field to his receivers. And while those completions (deservingly) get most of the attention, it was actually one of Baker’s incompletions that may have been the most impressive.

That’s because, according to Pro Football Focus, Baker Mayfield’s last-ditch Hail Mary attempt at the end of the first half of against the Ravens is the longest pass ever recorded in NFL history, with the ball flying an incredible 70 yards in the air. Just take a look at how long this football was in the air — which appeared to take a cross-country flight before landing.

Baker Mayfield's end of the half hail mary attempt last night was the longest NFL pass attempt PFF has ever charted 🚀 👀 pic.twitter.com/lsRWDiwCjT

Look, I know that Baker Mayfield pass fell to the turf incomplete, and probably isn’t even something most casual fans talked much about afterwards, but, sheesh, what the hell? I dare anybody reading this to go outside and try to duplicate this. Chances are high that you’ll a) make the ball go about 45 yards and b) wake up the next morning with a shoulder that needs to be iced. The fact that Mayfield did it with such ease his impressive AF.

Then again, Baker is a pro quarterback who gets paid millions of bucks to make throws like this, but, damn, it’s wild to think he just recorded the longest pass ever in NFL history. Maybe next time he’ll get a little lucky and complete the damn thing, though, ’cause that’d make it a helluva lot more cool.