Wild Scenario Exists Where Baker Mayfield Starts For Browns In 2022, Per Report 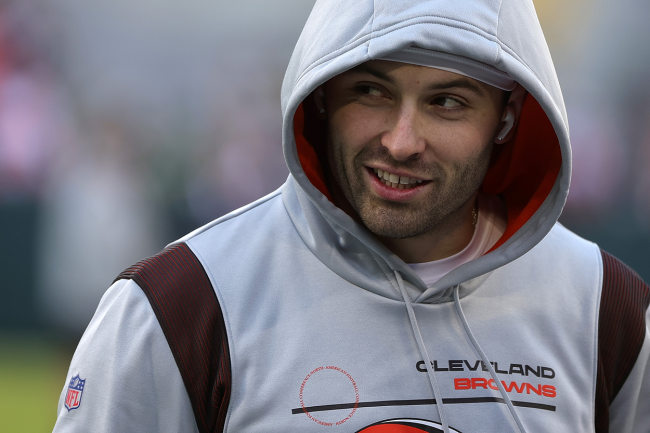 The Cleveland Browns have quite the conundrum on their hands. They have three quarterbacks on the roster, but one does not want to be there and one may not be able to play in 2022.

As a result, there is a lot to workout in the coming weeks and months.

Earlier this week, Cleveland spun the NFL on its head by trading a large haul of draft picks for Deshaun Watson. In turn, Baker Mayfield wants out.

However, according to NFL insider Ian Rapoport, the trade market is not trending well for the Browns to deal Mayfield. There are very few teams across the league who are in dire need of a quarterback after a wild offseason thus far, and the price tag on Mayfield in terms of his salary is not of interest to any of them.

And yet, Mayfield wants out. He is the third quarterback on the Cleveland roster and has said before that he will refuse to take another snap for the team that drafted him out of Oklahoma after winning the Heisman Trophy.

That makes things really difficult on its own.

To make the situation only that much more sticky, Watson may not be able to play next season. The 26-year-old quarterback is facing 22 pending civil lawsuits and could face a suspension from the NFL.

No, seriously. Rapoport says that the thought of keeping Mayfield around to start at quarterback if Watson gets suspended is “at least in the minds of the Cleveland Browns a possibility right now.”

From NFL Now: Teams are interested in Baker Mayfield, but not at that salary. A look at what's next, how it'll play out… and whether the #Browns could just keep him. pic.twitter.com/cQIzyZoaRK