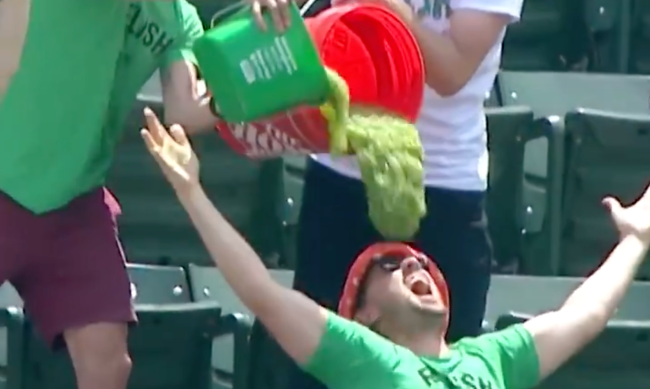 Baltimore’s long international relish nightmare is over. Earlier this month we discussed the ongoing saga in northeast Maryland, where Orioles fans were up in arms over the pickled condiment and its inability to win a virtual foot race. That narrative chanced on Sunday.

Although the team itself may be amongst the worst in the league, Camden Yards remains one of the premier baseball destinations in the country. To keep fans coming back, in-game experience is crucial, and one of the top attractions is a virtual hot dog race. Every team in the MLB has something similar, from President races to ‘Beat The Freeze,’ and this is Baltimore’s spin.

The concept is simple— three hot dogs race around the bases on the score between the second and third innings. One dons ketchup, one is coated with mustard and the third is topped with relish. Through the first five homestands of the season, Ketchup and Mustard were dominant. Or, rather, Relish was not.

Despite profound encouragement from the fans, Relish went 0-34. The Orioles’ SVP of Administration and Experience, who helps set the hot dog race results and storyline before the season, said that Relish still had a chance to make a comeback.

And on Father’s Day, a miracle happened. Relish won.

Where were you when we saw the *rarest* thing in sports? First win for #Relish on the year pic.twitter.com/UKL0LiW9m6

Out of the gates, it looked as though it was to be another win for the red and yellow condiments. Rounding third base, it was a near dead heat, but Ketchup and Mustard had a comfortable lead. Until they didn’t. As the three hot dogs approached home plate, Relish split his opponents and slid home first.

Relish fans rejoiced. One man, wearing a relish t-shirt, had buckets of the pickled cucumber and cabbage mix dumped on his head.

Today was the day.

Remember where you were, relish fans. pic.twitter.com/4LL08BowOt

It was a great day for Relish fans, and therefore, the rest of the world. There is a lot of ground to make up for Relish in the standings, but with 46 home games remaining, there is plenty of time to hold out hope.