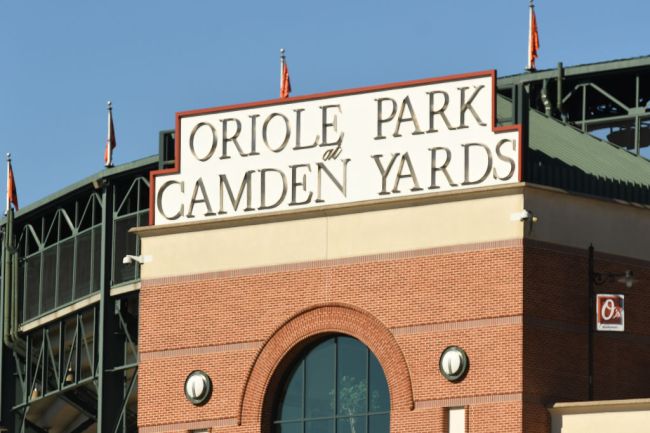 Bryan McKernan, a big Relish fan, brought his 6-year-old daughter to her first Orioles game on Tuesday. He told her all about the Hot Dog Race, a Camden Yards tradition. Three animated hot dogs circle the bases on the center field scoreboard between the second and third innings.

The stars seemed to align for Relish to get its first win of the season. McKernan even wore a Relish t-shirt to the game.

All three hot dogs were even around the final turn and the race looked like it might go in favor of the underdog. However, at the last moment, Ketchup slid into home plate and won the race. McKernan, in the upper deck, was devastated.

Mustard leads the series 17-15 over Ketchup and Relish has yet to win.

Greg Bader, the Orioles’ SVP of Administration and Experience, says that the season isn’t over for Relish.

“It is 81 sprints, and so far, the first third have not gone well,” Bader told The Baltimore Sun. “But I’ve heard that when the summer months start heating up, not only do the balls fly out of Camden Yards, but Relish has a tendency to perform better in the warm weather.”

He said that the Orioles team scripts out the Hot Dog Race “narrative” ahead of each season. This year’s plot includes a brutal run for Relish through the first five homestands. That is set to change.

“If we tipped our hand for the outcome, I think it would spoil it,” Bader said. “It’s very possible that Relish struggles throughout the year, there’s no doubt. But I don’t anticipate 0-81. It’s also a possibility that it gets back in this thing and runs off a nice winning streak, and we’re talking three months from now about how Relish has put itself back in the pennant race.”