Ravens Reportedly Still Waiting For The NFL To Advise Them On Flying To Pittsburgh For Tuesday Night’s Game vs. Steelers 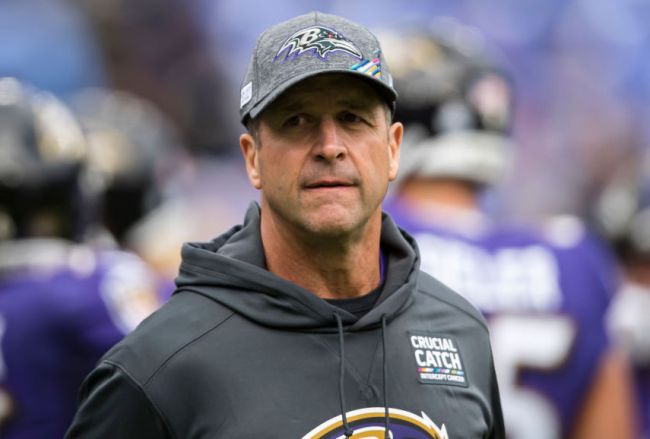 There may not be another person on the planet that is completely winging it on the job more than Roger Goodell right now. The Ravens – Steelers game, which was scheduled for Thanksgiving day, had been postponed to Tuesday and now sources are claiming the Ravens have not even left for Pittsburgh yet just a day before they are expected to play the Steelers. By sources, I of course mean Adam Schefter, because we all know there is not a guy around the league that puts in more hours than Schefter himself. Schefter took to Twitter to update NFL fans and eager fantasy football owners on the status of Tuesday’s Ravens vs Steelers game.

“Ravens players still have not been given any guidance on when or if the team will be leaving for Pittsburgh, per sources. Chances of postponement for Tuesday night’s game now increasing by the hour.”

“NFL still waiting on the results from today’s round of COVID tests, per sources. Ravens cannot go until they are cleared- if they are cleared. There will be uneasy, uncomfortable people if the trip goes on, but two organizations and a network awaiting word,” wrote Schefter.

The circus continues as the NFL seems to have been scrambling to make ends meet the entire year. Just ask the Denver Broncos who were left with the decision to put their practice squad wide receiver, Kendall Hinton, in as their starting quarterback Sunday after Jeff Driskel tested positive for COVID-19. Nobody in the NFL headquarters seems to have any type of plan, all they know is people want to see football and they want money in their pockets.