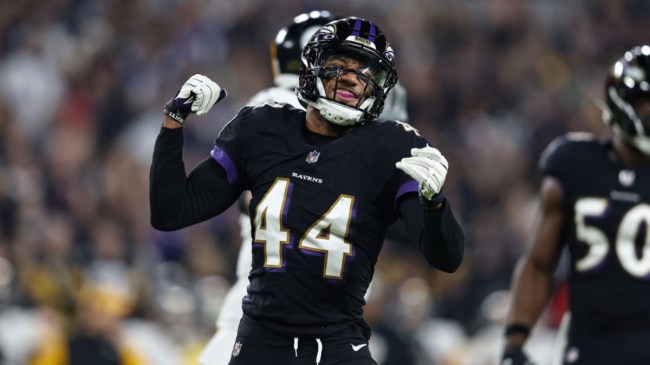 The NFL season hasn’t yet reached its conclusion, but the rumor mill for this offseason is already churning.

There is talk of quarterbacks on the move, coaching changes, and other big trades that we could see in the next few months.

One of the teams that has been at the center of some of the biggest rumors is the Los Angeles Rams.

There was speculation about Sean McVay’s future until he recently revealed he’d be returning. They’ve had some members of the coaching staff leave, leading to speculation about their next offensive coordinator.

There have also been rumors about what will happen with some of the biggest names on their roster.

A change to Aaron Donald’s Twitter bio had some fans wondering if he would remain with the Rams after this season.

More recently, Jalen Ramsey has been at the center of a Rams rumor.

Today, the rumor that Ramsey could be traded began to circulate.

The #Rams are considering moving on from Jalen Ramsey #NFLRumors

Another NFL cornerback took not of this rumor.

Baltimore Ravens corner Marlon Humphrey responded to the Ramsey with a post of his own that implied he would interested in Ramsey heading to Baltimore.

The Ravens could certainly use the help for their pass defense. Only 6 teams allowed more passing yards this past season than the Ravens.

Despite a rough year for the Los Angeles Rams, Ramsey remains a high quality corner and is only a year removed from being named to the NFL All-Pro team.

Pairing Ramsey with Marlon Humphrey, who made the Pro Bowl this year, would make the Ravens a tough team to throw against.

With the improvements they already made to their run defense this season when they added Roquan Smith, the Ravens could be one of the league’s best defenses if they actually can land Ramsey.