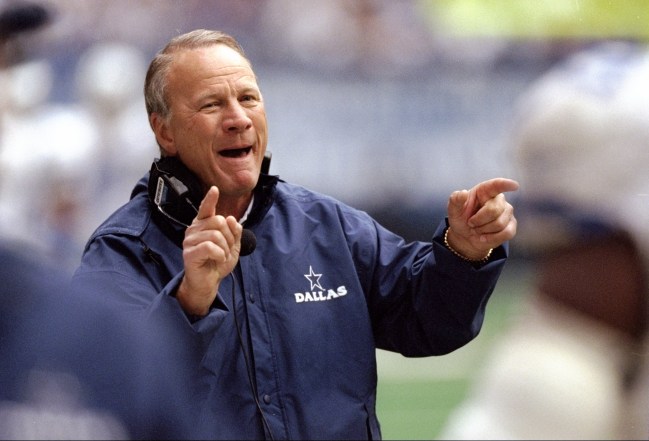 Barry Switzer was a fine head coach back in his day, winning a Super Bowl with the Dallas Cowboys during the 1995 season and three national titles with the Oklahoma Sooners during his 16 seasons in Norman. That success led him to being inducted into the College Football Hall of Fame in 2002. But one thing Barry Switzer is not good at? Tweeting.

Look, I get that Switzer is 81 years old now and is just trying to be cool with everyone else by keeping up with social media, but for Christ’s sake, someone get this dude an extra set of eyes on his Twitter account before he hits the “Tweet” button, because he’s now got the whole Internet thinking he used to eat the asses of former Dallas Cowboys’ beat reporters. Take a look below at what Barry Switzer posted, which I’m sure (hope) isn’t what he really meant in his mind. 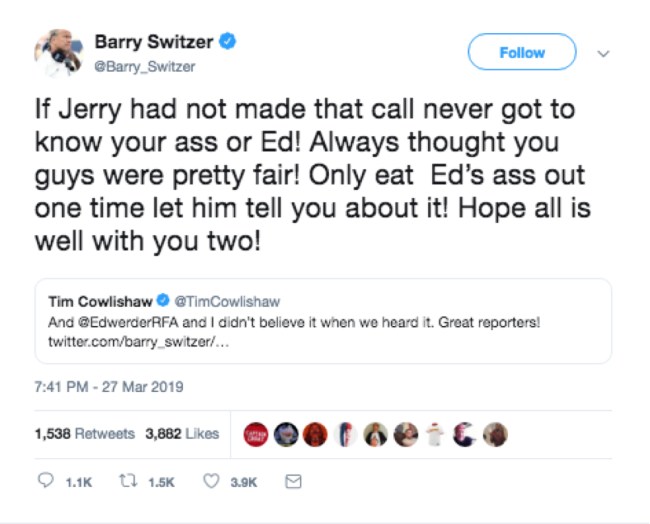 After reading that, I’m reminding myself that the ’90s were a different time and the Cowboys became “America’s Team” because of their flashy and cocky ways, so, who knows, maybe Barry Switzer did, in fact, mean every single word he posted on Twitter? But I’m going to go with my gut on this one and say he inadvertently mixed up the words “eat” and “chewed” and didn’t mean to give such a disgusting sexual image.

Still, that didn’t stop from people on Twitter to have some hilarious reactions to the former head coach’s blunder. Take a look at what some people on social media were saying in response.

The 90s were wild

This reminds of the days when Twitter was 100% frivolous fun.

This kind of reminds me of the time my mom once texted my older sister “Are you coming good tonight?” when she actually meant “Are you coming home tonight?” Autocorrect bit my mom in the ass that night, and, sadly, eating ass out and not chewing ass out provided a phenomenal Internet moment today courtesy of Barry Switzer.