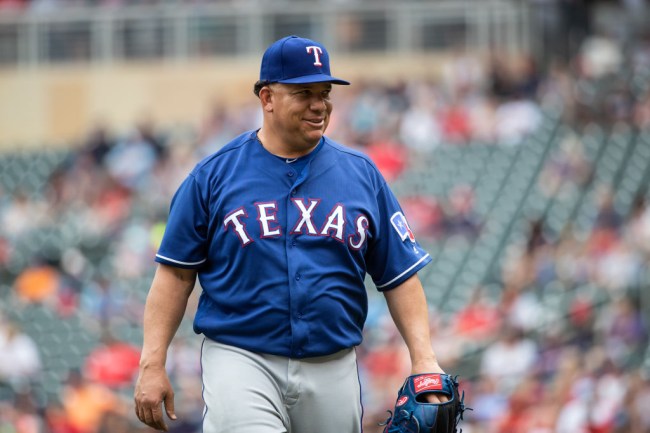 Bartolo Colon, also known as ‘Big Sexy’ at 5-foot-11, 285 pounds has been one of baseball’s most entertaining personalities for years now. He has been in the spotlight with viral clip after viral clip doing something ridiculous both on and off the field. His love for the game and carefree attitude has made him, in my book at least, one of the funniest guys to play the game, right there beside Manny Ramirez.

Colon recently spoke with ESPN and informed them that at the age of 46 he would like to make a comeback to the MLB and “preferably with the Mets”. The 47-year-old has been slinging fastballs in the Mexican League most recently.

Look, whether it’s the Mets or not, I don’t think Colon really gives a shit, he never really has and probably never will. He kind of reminds me of the NBA’s Isaiah Thomas right now where he seems to have just sampled each team and city throughout his career. The guy just wants to get back to pounding batters inside with 2-seam fastballs on the mound, like he has for his entire 21-year career with 11 different teams. This guy would show up to the ball field day in and day out and throw you the same pitch 95% of the time, like a knuckleballer, except he had a good old fastball.

Whether he still has the juice or not, we have to let this man back into the show. From a content and entertainment perspective, you just can not get better than Bartolo Colon. I am not too sure if the commissioner of the MLB is a BroBible guy, he probably has a whole lot on his plate right now figuring out if the league will even have a season this year, but Mr. Manfred if you are reading this do us all a favor, BRING BACK BIG SEXY.