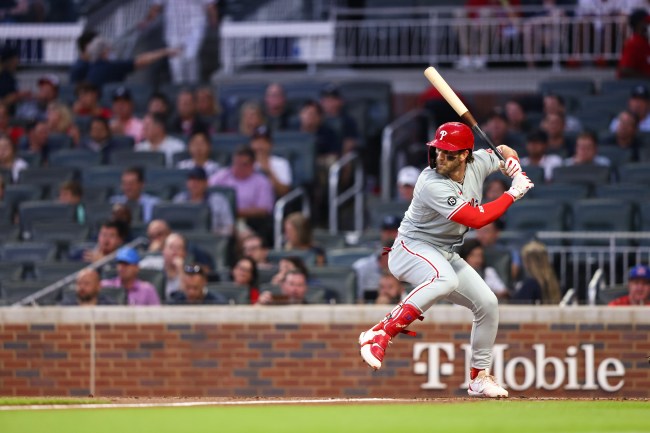 Make some room on the mantel. @bryceharper3 is your 2021 National League MVP. pic.twitter.com/E2QaX8ZQmq

Bryce Harper has officially been named the 2021 National League MVP. Harper took home the award for the second time in his career, winning a race that had one odd feature. None of the top 3 candidates made the playoffs this year.

Usually, MVP races are determined to some extent by team success, but Harper’s Philadelphia Phillies had the best record among the top 3 candidates at 82-80. The highest finish for a member of the NL’s best team was Brandon Crawford of the Giants, who finished in 4th while getting 4 first place votes.

Fans seem to pretty overwhelmingly disagree with the decision based on questions of what “value” actually means when your team fails to make the playoffs.

His team didnt even make the playoffs, how valuable can he be

So valuable he watched all of the playoffs from home

A great great player on a bad team. They’d still be bad without him. How is thatMost Valuable?

It’s interesting to see this be such an issue for fans when there wasn’t really an MVP candidate in either league whose team did make the playoffs. With a generally likable Braves team winning the World Series, baseball fans needed something to be able to debate this offseason and it looks like they just got their topic.